NJ Republican State Committee Chair Jay Webber filed a complaint with the Federal Election Commission (FEC) in pursuit of an investigation into the Adler for Congress and DeStefano for Congress campaigns.

“Based upon published news reports, DeStefano has received support directly from staff members and constituents paid for by Adler and the CCDC,” Webber writes in his complaint. “According to published news reports, Steve Ayscue and Geoff Mackler led a meeting in May of 2010 to solicit organizational and operational support for DeStefano… including organizing the solicitation of signatures on Peter DeStefano’s petitionby direct nomination to appear as a candidate for the 3rd Congressional District…” 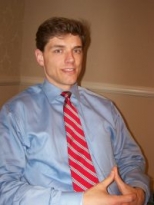