After nullifying opposition efforts at a recall election, Mayor Sal Vega of the Hudson County Democratic Organization (HCDO) looks to defend his seat for another four years in a May nonpartisan against renegade challenger Dr. Felix Roque.

Dogged by the machine, independent Democrat Mayor Garrett Smith will likely defend against Council President Jamel Holley in a June Primary. Not only did Holley ravage Smith’s challengers earlier this year, but he has taken more vigorously to the trail in support of other area young elected officials, including Jersey City Councilman Steve Fulop, Newark Councilman Anibal Ramos, and Newark Councilman Ronald C. Rice.

Republican Mayor Patricia Flannery is due up for re-election this year in the sprawling Central Jersey town. She won Is there a Democrat on the horizon who dares challenge her?

No, the mayor’s seat is not in play this year, but political insiders will be watching Assemblyman/Council President Gary Schaer, who’s grandfathered as a dual office holder, but may pick one or the other, and it may hinge on redistricting. 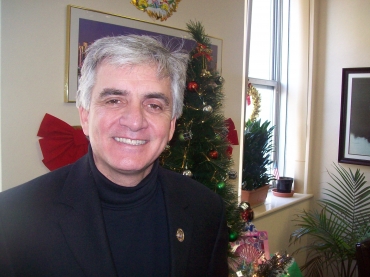