JERSEY CITY – On a rainy Thursday night only two days removed from an exhausting elections season, he packed a bar/Asian takeout spot downtown with over 400 people, well over the 350-person capacity, and over two years out from the real thing.

Jersey City Councilman Steve Fulop can’t wait for 2013 when he plans to run for mayor.

“I have no intentions to do this the way Lou Manzo does things,” he told PolitickerNJ today, that is, waiting until the last minute before deciding to make a run.

At Grand Banks on Montgomery Street, a cross section of one of the largest cities in New Jersey gathered to hear Fulop talk about something over two years away.

“We had a good demographic mix,” he said of the gathering last night. “These aren’t political hacks, these are real people. They’re not there looking for a job.”

Fulop said he’s ahead in polling, fund raising, and engaging and expanding his base, even though no other candidates are announced this far out.

But, “The infrastructure of the (Hudson County Democratic Organization) can close that gap quickly,” he said.

Sources close to Fulop said he may be trying to push the HCDO to make a decision on Healy’s candidacy now, especially so close to Healy sitting out the Hudson sheriff’s race.

In his last election showing, Fulop’s Board of Ed candidates shattered voting records.

His worst candidate, Carol Lester, took in 2,000 more votes than ever received in a Board of Ed election. His best candidate, Sterling Waterman, topped it by 7,000 votes.

“Those were the people who were there last night,” Fulop said.

As he develops his reach farther south, out of the suit and tie downtown area, the litmus test will begin for Fulop: Will he no longer be seen as a carpetbagger?

His father was a deli owner in Newark and he gave up his Wall Street life to serve his country, Waterman said of Fulop in his introduction last night.

“He’s not afraid to be the lone voice of reason (on the council),” Waterman said.

Standing next to the young councilman last night was Hudson County Sheriff-elect Frank Schilarri, who counts Fulop as an early supporter against HCDO outcast and outgoing sheriff, Juan Perez.

In the crowd were few local officials for a political fundraiser: Council President Jameel Holley of Roselle, and Councilman Ravi Bhalla and Councilman-elect Tim Occhipinti of Hoboken.

“I’d be lying if I didn’t say I was tremendously nervous today,” Fulop said at the microphone. Five years ago, at his first community rally, only five people showed up; two were family. “We’re still here,” a man yelled from the crowd.

“Everybody who was the perceived expert said it was impossible to defeat the machine,” Fulop said, as he held up an old white campaign tee shirt. Across the back in red letters: Rage against the machine.

When he finally won his seat on the council, outside City Hall a longtime HCDO operative told him, “If you want to get re-elected, you do nothing.”

And come election time, the people think, “He didn’t really do anything but he’s not so bad.”

“You’d be hard-pressed to say we did nothing in the last four years,” Fulop said.

One source in the HCDO said Healy has had a 2013 campaign account open for a few months, not to mention a fundraiser coming up; so news of the incumbent mayor running for re-election isn’t really news, even though no final decision has been made.

On the other hand, the source said, Fulop is likely just getting ahead on the shoestring hope that someone offers him a better spot,  “in one of those ‘backrooms’ that the HCDO never lets him into.” 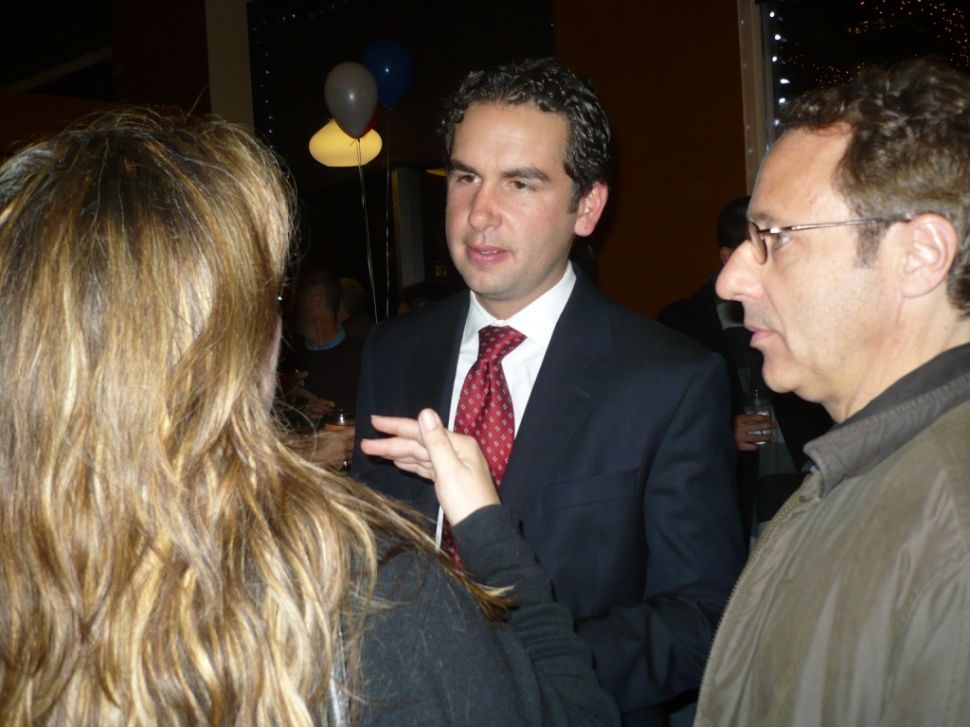