TRENTON – A3466, the Anti-Bullying Bill of Rights Act, was passed today, and its Senate companion bill will be heard soon.

Assemblywoman Valerie Vainieri Huttle (D-Englewood), a primary sponsor, said, “Harassment, intimidation, and bullying have no place in New Jersey schools and no place in our society.”

The bill won 73 votes in favor, with only Assemblyman Michael Patrick Carroll (R-Morris Plains) voting against and five other assemblyperson abstaining.

The bill was approved by the Education Committee in hearings where bullying victims spoke before the legislative panel.

“We heard over an over and over again, ‘We just want the bullying to stop,’ ” Vainieri Huttle said.

She said New Jersey has a higher rate of bullying than other states, and even in the current fiscal climate, some schools are already doing what the bill calls for without state money.

The bill requires schools to submit bullying report cards including data on number of reports of bullying, the status of all investigations, the nature of the bullying and the type of discipline imposed.

Each district will receive a grade, an average of the grades of the schools in the district, and each school will be required to post their grades on the district website. 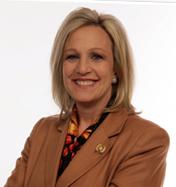