U.S. Rep. Steve Rothman (D-9) is reporting that he terminated long time Chief of Staff Bob Decheine after Decheine was arrested last week on charges of sexual solicitation of a minor.

According to a release from Rothman, Decheine was arrested by Gaithersburg, Md. police and charged with the offense.  Rothman consulted House of Representatives counsel before terminating Decheine effective Friday.

Rothman considers this alleged criminal act to be “shocking, appalling and indefensible, ” the release said.

Decheine’s departure from his job was first reported by PolitickerNJ.

Gaithersburg Police Public Information Officer Dan Lane said the Nov. 17 arrest was part of an online sting conducted by the department to combat the solicitation of minors.  The department used a web advertisement soliciting “Johns” for sex with a 15-year old.  Decheine allegedly replied to the contact information in the ad and after texts and emails with an undercover police officer was given a location to meet.  When he showed up, he was arrested by Gaithersburg police.

Decheine was one of 11 people arrested as part of the sting.  He was charged with one count of sexual solicitation of a minor, a felony offense that carries a penalty of not more than 10 years in prison or a fine not exceeding $25,000, or both.

Reached by phone early in the day, Decheine said he had no comment.

As chief of staff to the lone member of the New Jersey Congressional delegation who supported Barack Obama for the Democratic nomination for president, Decheine was one of two finalists.

He ended up losing to Trish Mueller of the Carpenters Union, who bore the imprimatur of Gov. Jon Corzine and South Jersey Democratic Party leader George Norcross III. 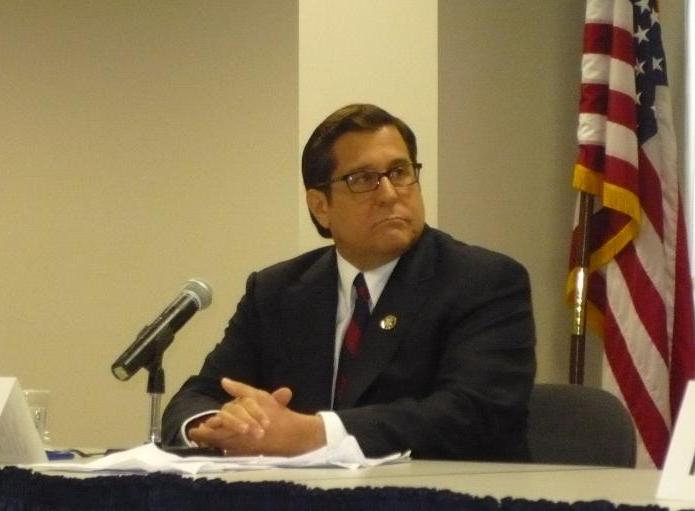