Several hundred thousand dollars are missing from the campaign account of U.S. Rep. Frank LoBiondo, a source familiar with the matter told PolitickerNJ.

LoBiondo has referred the matter to federal officials for investigation, the source said. Several Federal Election Commission reports will need to be restated to account for the missing money.

No charges in the matter have yet been filed.

This summer, LoBiondo campaign treasurer Andrew McCrosson was replaced by CPA Doug Heun, who filed the final reports for the campaign.  Heun also amended the campaign’s July quarterly report.  The amended report showed nearly $300,000 less in campaign receipts and $416,000 less in total expenditures than the report filed by McCrosson, though the cash on hand amount remained virtually the same at just over $1.1 million.  It’s unknown if the amended report has anything to do with the missing funds.

In response to inquiries about the missing money, LoBiondo’s attorney issued the following statement.

“The LoBiondo campaign recently became aware of an issue involving a former campaign worker,” said William McGinley. “The campaign has contacted the appropriate federal authorities and is actively cooperating with their investigation. For this reason, we will not comment further on this matter at this time.” 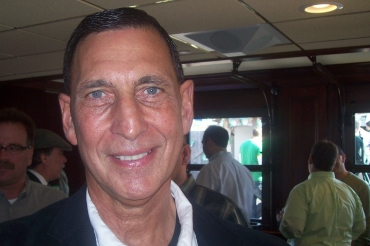