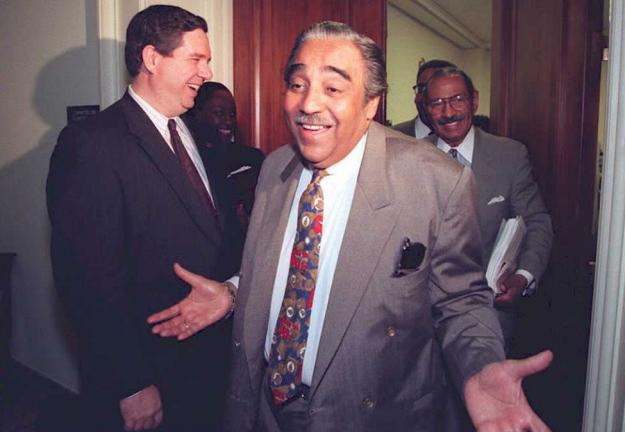 A true native son, the Harlem-born Rangel ran for Congress in 1970. Up till that point, he was a back-bench Assemblyman and had recently come in last in a six person race for city council president. At age 40, Rangel ran against long-time incumbent Adam Clayton Powell, who, ironically enough, had just recently regained his seat after facing an ethics controversy.  Rangel ended up winning the race by 150 votes out of 25,000. 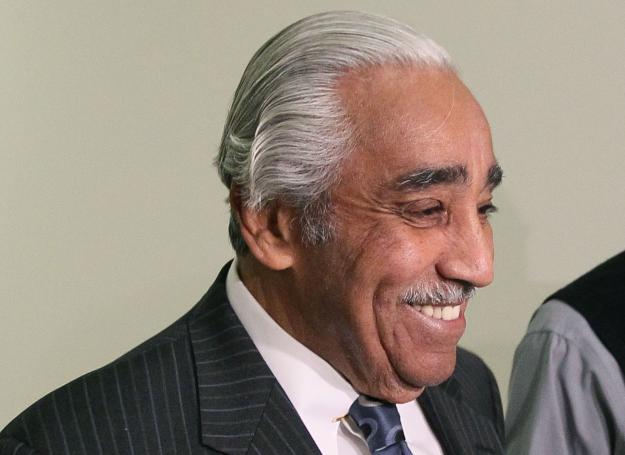 As one of the founding members, Rangel has been an influential member of the Congressional Black Caucus since the beginning of his career. The group, originally known as the Democratic Select Committee, was given its current name by Rangel, who proposed the change in 1971. 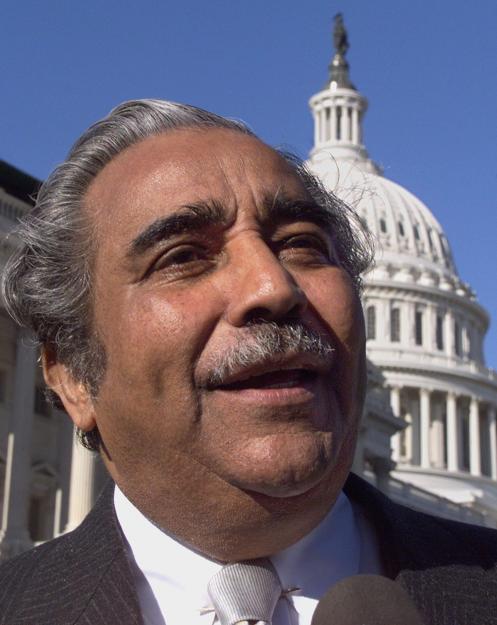 Rangel, along with Percy Sutton, Basil Paterson and David Dinkins was a member of "The Gang of Four" political powerbrokers who ruled over Harlem and the city for decades. Although Rangel is the dean of New York politics now, back then he was the youngster of the group, each of whom went on to political success 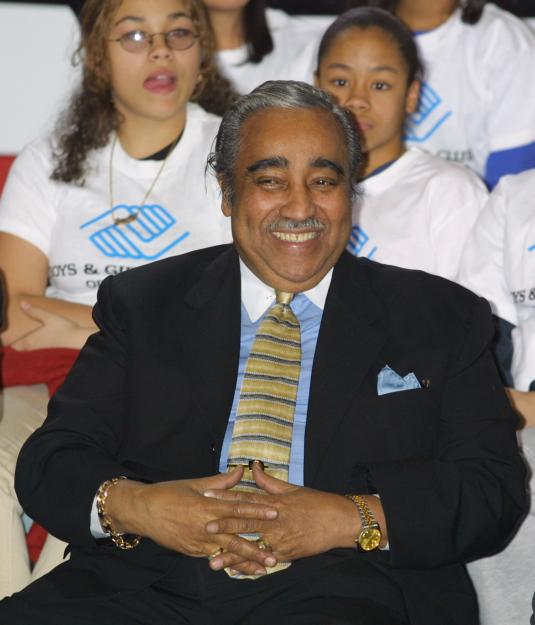 Bringing economic opportunities to Harlem was one of Rangel's biggest goals in the nineties and he spearheaded the Upper Manhattan Empowerment Zone Development Corporation in 1995. The legislation called for the creation of tax incentives for businesses to be based out of lower-income areas. As a result, $500 million was spent in Harlem, improving economic conditions and leading to some gentrification of the area. 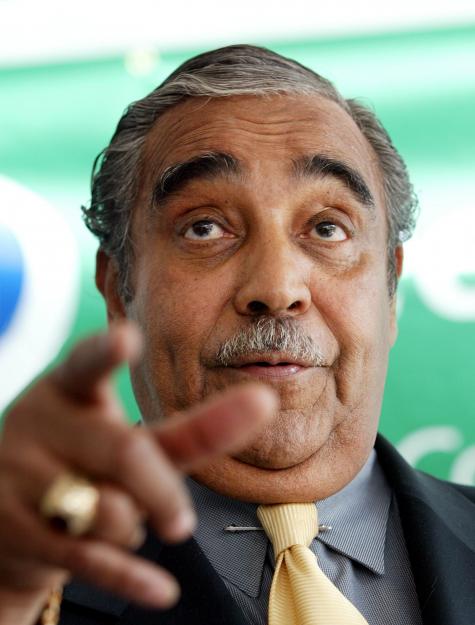 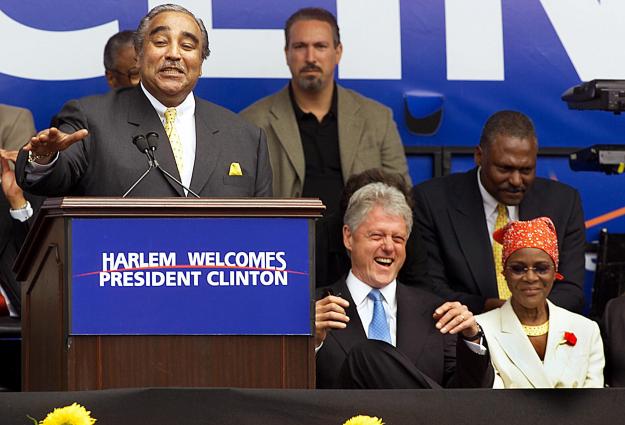 Rangel has been a long-time supporter of lifting the US trade embargo with Cuba, so it came as no surprise that he publically endorsed strengthening relations between the two countries in 2008. After Fidel Castro stepped down and his brother, Raul, took over, Rangel spoke of the new leader's "promising overtures" towards better Cuban-American relations. Rangel has traveled to the country twice: once as part of a congressional delegation in 1998 and a second time in 2002. 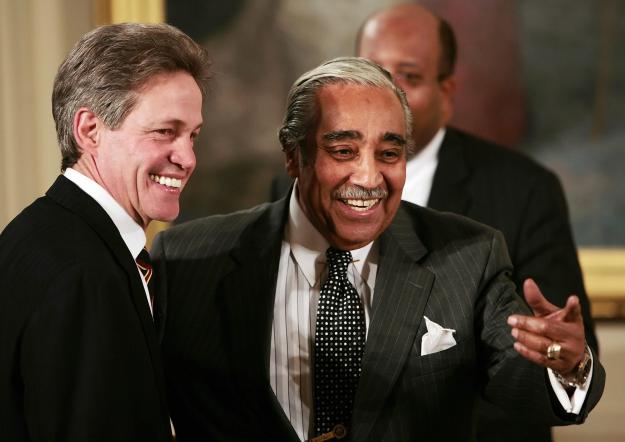 Rangel was appointed as Chairman of the Committee on Ways and Means in 2007. This put him unquestionably in one of the highest positions of power in Congress, and bumped him up within the Democratic party as well. Due to his ethics investigation, he submitted a letter requesting a leave of absence to Speaker Nancy Pelosi in March, and continues to be on leave to this day. 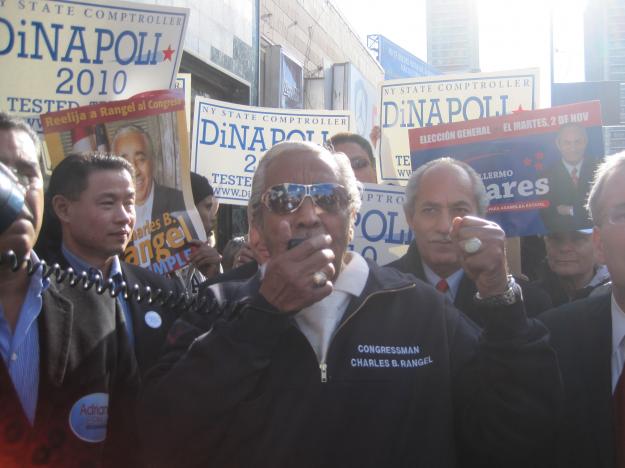 Even though Rangel faced five Democratic challengers in the primary of this years election, including the son of his predecessor, Adam Clayton Powell Jr., he came out on top. He followed this in to Election Day, beating Republican challenger Michel Faulkner with 78.3% of the vote.

At a campaign rally, Rangel said that the ethics charges were not hurting his popularity. "That's not an issue here," he said. 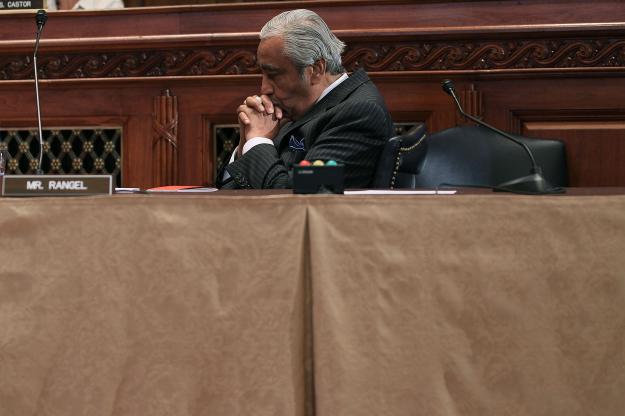 After two years of investigations, Rangel was charged guilty on 11 of 12 ethics charges. Misfiling of tax forms, withheld income records from a timeshare in the Dominican Republic, and abuses of fundraising power for a library are some of the more notable charges. While it is expected that he will receive one of the lighter punishments- perhaps a letter of condemnation or a censure, as opposed to expulsion- many are viewing the trail as a major blow to Rangel's influence in the House. 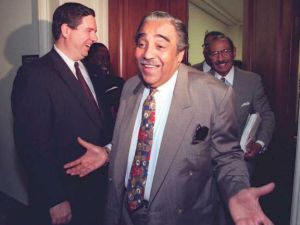 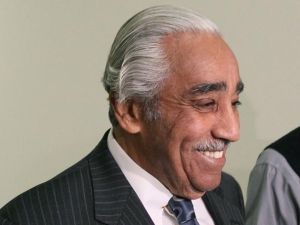 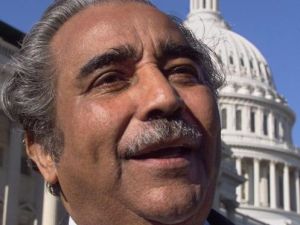 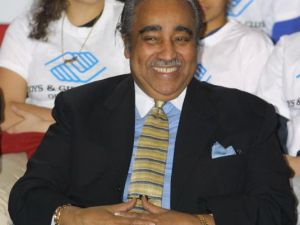 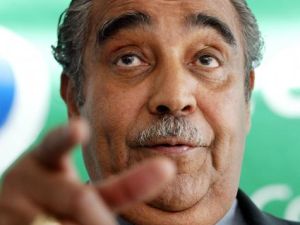 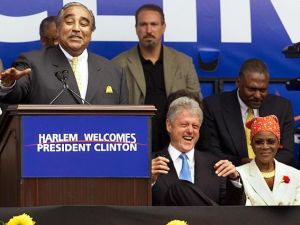 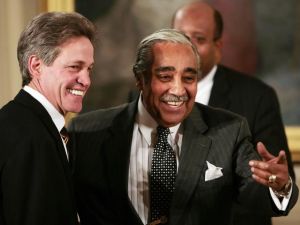 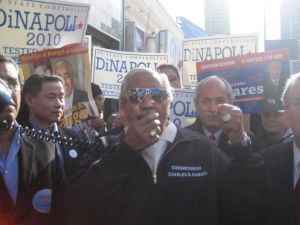 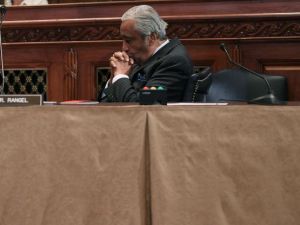