Then he told the Senate State Government, Wagering, Tourism & Historic Preservation Committee that it wasn’t enough to save racing, in his opinion.

The bill, S829, authorizes betting on in-state and out-of-state horse races through exchange wagering, a form of wagering in which two or more persons place directly opposing wagers on the outcome of a horse race or races.

“Until and unless we are allowed to have slot machines at our tracks, they will not succeed like their brothers in other states,” Codey said. “They don’t want a subsidy. They want what their competition has.”

Committee Chairman Jim Whelan (D-Atlantic City), who has been staunchly opposed to allowing slots to move north, disagreed with Codey.

Codey said, “The senior citizens no longer get on a bus to Atlantic City, they go to Mount Airy Lodge (in Pennsylvania).”

Codey said the plan would include sharing revenue with the casinos, but without slots the state is “going to let $8 million walk over the bridges.”

As far as exchange wagering, the New Jersey Racing Commission will oversee, license and regulate the wagering should the bill pass the Senate.

Other bills that were pulled off today – S2044 (Compensation and benefits for state and local authorities workers) and S2229 (Parimutuel pooling for horse races) – will be reviewed at a later time or included a “broader bill” that Gov. Chris Christie is working on, said Whelan. 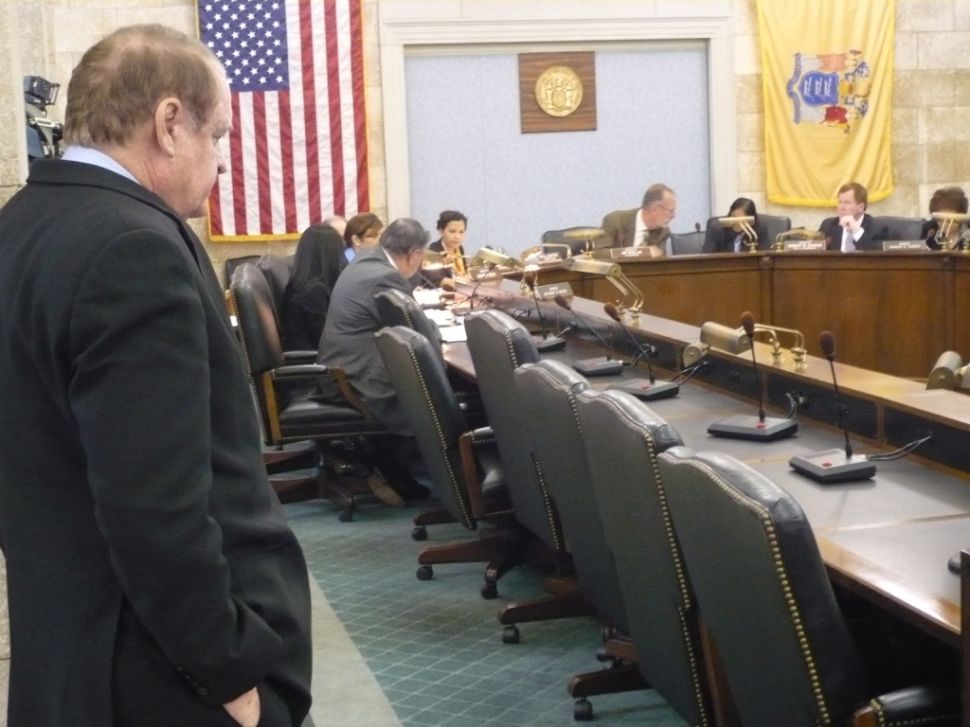