Forty-nine percent of New Jerseyans approve of Gov. Chris Christie’s job performance, against 39% who disapprove, according to a Fairleigh Dickinson University poll released this morning.

Fairleigh had the governor at 53% a month ago.

“To the extent that Christie’s national reputation is tied up with national Republican politics, it can hurt him with voters back home,” said Peter Woolley, a political scientist and director of the poll. “He has thus far made his reputation on honest and decisive management, not solid partisanship.”

Christie’s numbers beat the chief object of his public ire: the New Jersey Education Association (NJEA), which has a 39% favorable rating, against 38% unfavorable opinion. “But the poll also finds that a majority of voters in public-employee households (60%) have a favorable view of the NJEA and just a quarter have an unfavorable view (26%). Among all other voters, the NJEA runs behind, 32% favorable and 43% unfavorable.”

In public sector households, 40% approve of Christie and 47% disapprove. Among all other voters, the governor runs ahead with 53% approving and 36% disapproving.

Eighty-eight percent say they have no opinion of NJEA leader Barbara Keshishian.

“The governor has a megaphone. The NJEA has money,” said Woolley. “The fight is far from over.”

According to the FDU poll, “three of five voters (60%) continue to say the state should hold the line on spending even if many programs are reduced, while 22% say the state should raise taxes if necessary to support state programs, a nearly three-to-one advantage. Among those who say cut the budget, Christie’s approval rate is 69%-20%. Among those who say the state needs to raise taxes and continue to support its programs, Christie’s approval runs well-behind, 13%-78%. Among all voters, 45% say he is doing a ‘good’ or ‘excellent’ job.”

Fairleigh Dickinson University conducted the telephone poll of 804 registered voters from Nov. 15 through Nov. 21. It has a margin of error of +/-3.5 percentage points. 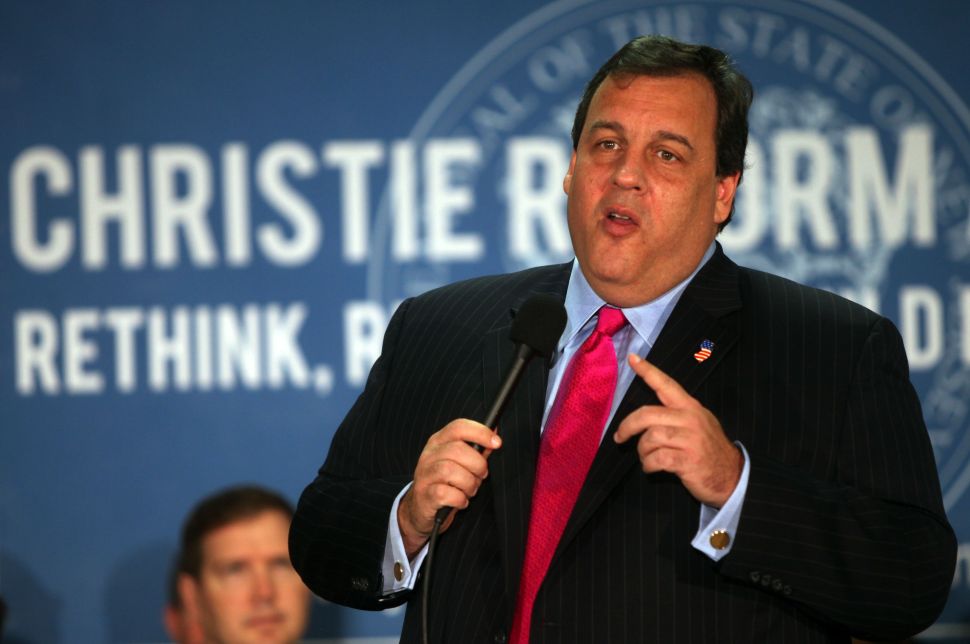