Jamal Muhammad of Newark pleaded guilty in federal court today for his role in a scheme that also resulted in charges against Clifford Minor, an unsuccessful candidate for mayor earlier this year.

Feds busted Muhammad in September in a second superseding indictment along with Minor and Abdul Williams of East Orange.

Each is charged with various offenses for “allegedly hindering the prosecution of a state case against Williams stemming from his June 8, 2007, arrest for possession of a firearm by a convicted felon,” according to U.S. Attorney Paul  Fishman.

According to the second superseding indictment to which Muhammad pleaded guilty and statements made in court: “Williams, who was incarcerated at the Essex County jail following his June 2007 arrest, met with Minor at the jail a few weeks after he was arrested. During that meeting, Minor agreed to accept $3,500 to escort Muhammad to the Newark Police Department to confess to possessing the firearm for which Williams had been arrested, a crime Minor knew Muhammad had not committed.

“In exchange for the money, Minor brought Muhammad to the Newark Police Department, where they further rehearsed what Muhammad would say in his statement.

Muhammad then gave a formal statement to Newark police officers in which he falsely claimed he was the one who possessed the firearm in question on June 8, 2007. In response to a federal investigation into the matter in 2009, Minor had Muhammad sign retention agreements which misrepresented that Muhammad had paid Minor legal fees in connection with his representation.

“In fact, the fees had been paid to Minor on behalf of Williams. Muhammad faces a maximum potential penalty of five years in prison and a $250,000 fine on each of the two counts to which he pleaded guilty.” 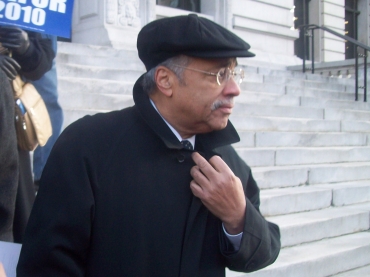