TRENTON – The Senate State Government, Wagering, Tourism & Historic Preservation Committee is handling several bills that are the product of Gov. Chris Christie’s commission report on gaming and other issues by developer Jon Hanson, and the Democrat legislature’s three-venue gaming summit to examine the same issues.

Today the committee approved two bills that forward the balance of power between the North Jersey horse racing industry and the South Jersey casino industry.

The bill opened up the procedure of building off-track wagering (OTW) facilities around the state, which is expected to supply a new revenue stream for the racetrack since state subsidy from the casino industry is being removed.

The current law allows the racetracks to open a certain amount of OTWs, the construction of which have stalled over the past nine years.

A representative of Freehold Raceway, Chris McErlean, disagreed with the bill’s amendments, which were finalized today.

“(It) would not be done with any other business in those municipalities,” McErlean said.

He also argued against taking the current OTW licenses out for public bidding. Doing so would create “legal issues” because of binding agreements in place with the racetracks.

Private licensees will have no vested interest in racing in this state, McErlean said.

State Sen. Jim Whelan (D-Atlantic City), chairman of the committee and also co-chair of the gaming summit, said the tax is applied after operating expenses, so, “That should be more palatable”

The private licenses, Whelan said, will be contingent on live racing being held in the state; so there’s some vested interest.

State Sen. Jennifer Beck (R-Red Bank) said the new arrangement will help the live racetracks, then she put the onus back on Freehold Raceway, and the other racetracks who are sitting on licenses.

Some of the problems have been local opposition, lack of liquor licenses, and an ill-defined financial stake for the local municipalities. Bayonne was the last town to turn down an OTW.

Beck said rather than charging more than double the cost of a liquor license, as is practice, the new rate is equal to the average cost for a license over the past five years.

Representatives from the horse racing industry spoke in support of the bill.

They are hoping to couple the OTWs with internet wagering – championed by state Sen. Ray Lesniak (D-Elizabeth) – and improved exchange wagering, A.J. Sabath, a consultant for horse racing, told the committee.

Of all the horse racing legislation that comes out of these deliberations, Beck said, “We know this is probably the most important in the sense that it generates the most revenue for the industry.”

The previous bill had a provision for municipalities to reject the OTWs “out of hand,” said state Sen. Robert Gordon (D-Fair Lawn), but the new law would sent the plans directly to the planning board and through the basic land use processes. 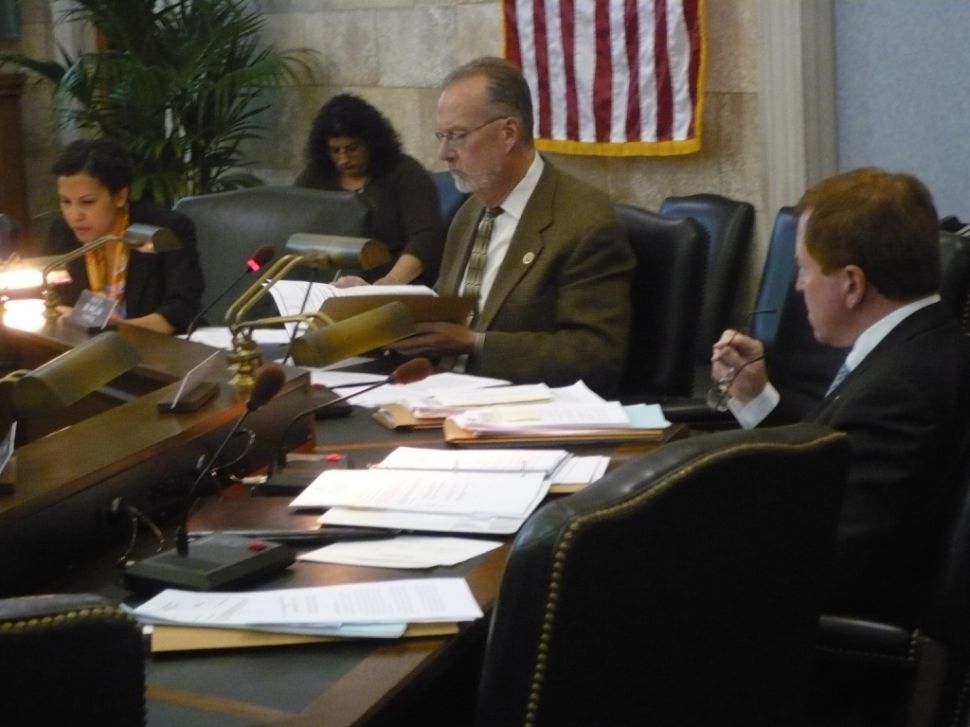