The Middlesex County mayor and former state treasurer said the Greenable Woodbridge Program has conducted a municipal carbon footprint analysis; designated a 106-acres old industrial zone to be developed as a state-of-the-art Enviro-Technology Incubator; and invested $7 million in solar panels for municipal buildings.

Renewable energy credits from the solar power were sold this year to Hess, McCormac said, and the town is gearing up to become an energy aggregator for residents.

Some recommendations from McCormac’s advisors and residents have been laughed off at first, but ended up being helpful initiatives.

Like a municipal rain garden. “Another idea I thought was really silly,” McCormac said.

Woodbridge, the fifth largest town in the state, was named the “Sustainability Champion” in the large population category (municipalities with a population of 50,000-plus) by the Sustainable Jersey Program.

The award recognizes municipalities that have scored the most points in the Sustainable Jersey certification program in three population categories.

Other winners include Ocean City and Summit (tie for mid-sized population) and Woodbine Borough of Cape May County for population less than 5,000.

McCormac has been under fire at home for putting the kibosh on an ambulance squad facing charges like trespassing and hosting a party with strippers.

The parties facing the allegations have resigned from the corps, and a petition drive to reinstate the ambulance corps was rejected by the town clerk because of bad signatures.

Over 100 signatures are needed before Nov. 25 to have the petition certified. 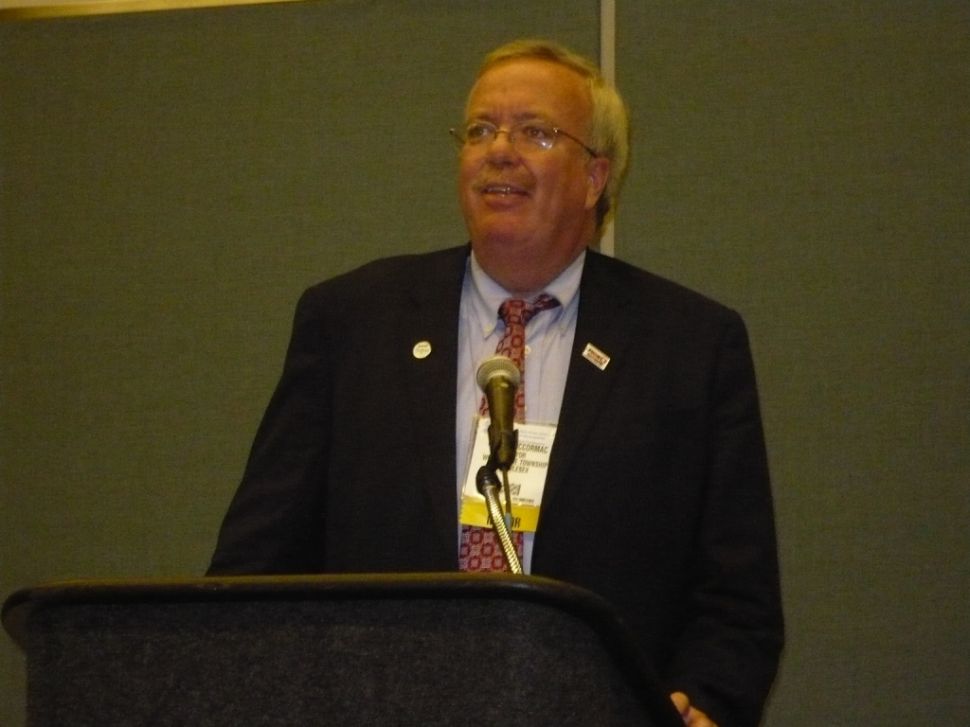