ATLANTIC CITY – The convention of town councils, mayors, vendors, policy and parties, is underway at the annual League of Municipalities convention in Atlantic City.

“What do you call a mayor in a three-piece suit,” asked communications consultant Thaler Pekar at “Perfect Together: Local Government, Leadership, and Laughter.”

Comedian Joey Novick kicked off the 2 p.m. session with a story about why local government people do what they do.

He told a story about his stint on the Flemington council and allowing a townsperson to call him Joey at the town dais.

The mayor wasn’t happy, and sent notes down the line to let him know.

“Really if you can’t be on a first name basis with them, you should find another line of business,” he said.

He gave a shout-out to Assemblyman Jon Bramnick (R-Westfield), who he jokingly said was doing standup at the Borgata later. They love Bramnick there, Novick said.

“That’s because (panel expert) Ed Traz writes all my stuff,” Bramnick said from the back.

Even though it wasn’t a particularly humorous election year, Traz, a Republican political consultant, talked about the campaign-killing humor that his client, Tea Party congressional contender Christine O’Donnell, was dealt.

She escaped a primary battle and survived witch allegations, he said, because voters thought: “She might be a witch, but she’s not going to vote  with Barack Obama.”

But her turn on SNL, he said, “That was painful…Just try to hold on ‘cause this race was over.”

Use self-deprecating humor, as Gov. Chris Christie has.

“His nickname from George Bush was Big Boy,” and he rolled with the punches with lines like, “I’m going to throw my weight around.”

Christie countered the campaign of his opponent, Democrat Jon Corzine, who took shots at Christie’s girth.

“It was  a little mean spirited,” Henne said. 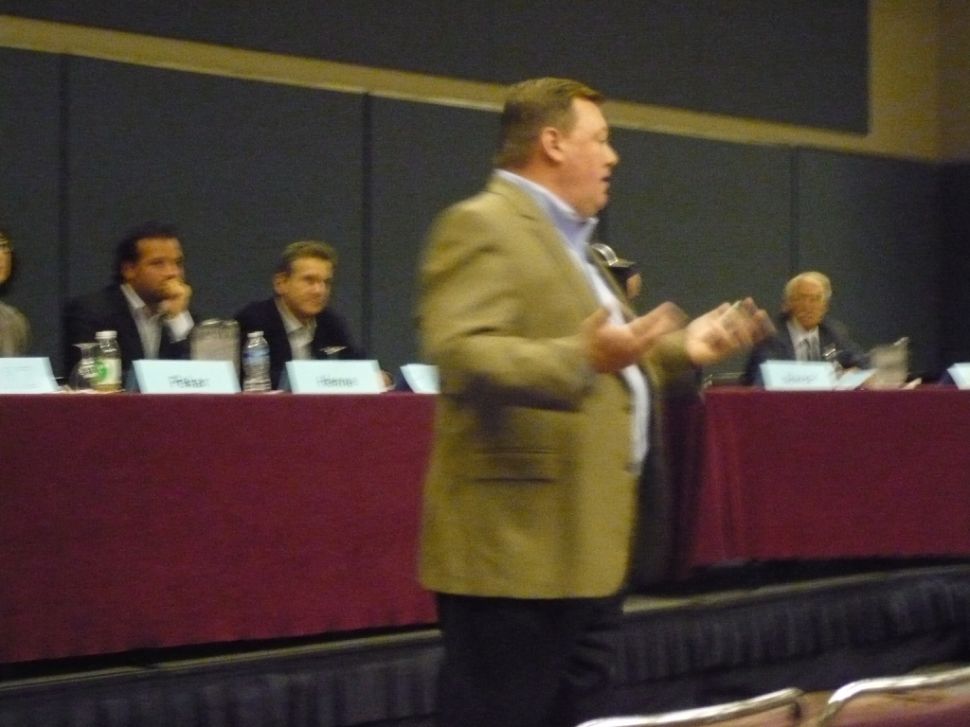