A New Jersey Nutley legend weighed in on the Nutley situation this afternoon as party leaders continued to powwow to figure out what to do about the 36th Legislative District.

“I would think so,” said former Senate President Carmen Orechio (D-Nutley) when asked if the replacement for his friend, Fred Scalera, should live in Nutley.

“It would maintain the balance of what we have,” the former senate president told PolitickerNJ.com.

But heading into redistricting, some Bergen Democrats are jittery about missing a shot at muscling up with an additional assemblyperson – at Nutley’s expense.

“I work for a state agency, so it would be a conflict of interest,” said Orechio, who sits on the North Jersey District Supply Commission. 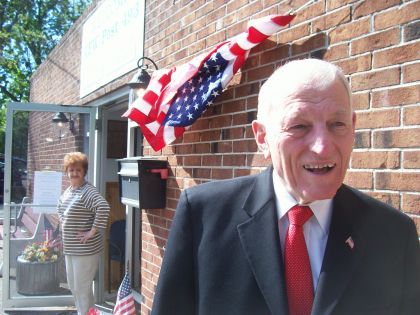