The troubled tenure of Trenton mayor Tony Mack may get saddled with another weight, according to an email obtained by PolitickerNJ.com.

Without citing Mack by name, “concerned residents” of Trenton are embarking on an exploration of how to recall an elected official, and have scheduled a Dec. 6th evening workshop at St. Mary’s Church to consider the matter.

“This is NOT an organizational meeting for an effort to recall any particular elected official(s) – by state law, that can’t begin until May 2011 at the earliest — but an opportunity to learn the requirements and steps of the recall process,” said the email. “The process is long and complicated. Even though no specific effort can take place until next spring, you may want to find out now what it will take then. Have questions? Bring them.

“Remember: we are NOT advocating, encouraging, or inciting the recall of anyone. However, there has been a lot of speculation, queries and questions online and in the neighborhoods over the last several months on how a recall is done. We think it is time that everyone who has been asking about the process has a chance to be in a room and get a full understanding of what it entails.”

Negative headlines have plagued Mack since he took office in January on everything from campaign and personal finance to layoffs to botched administrative appointments. 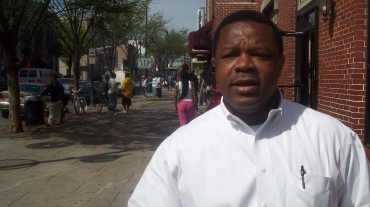