The state Attorney General’s Office has issued numerous summonses in connection with an investigation into allegations of absentee voter fraud, according to sources in Paterson.

The probe stems from the May municipal elections in the city.

“I’m very sad at what is going on here,” At-Large Councilman Rigo Rodriguez told PolitickerNJ.com. “I welcome any investigation but it’s saddening how a particular community is being treated.”

Rodriguez said some of his Dominican allies – including family members – are being questioned as to residency status in connection with the May election, which Rodriguez won narrowly after a late assessment of absentee ballots.

One source said the list of people questioned has bulged to over 30 subjects, including the mother of School Board Commissioner Wendy Guzman. 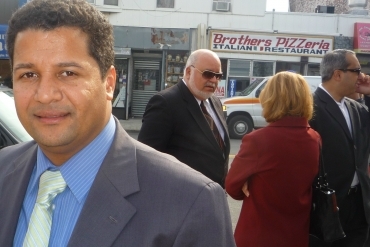