In a story with a politically charged arc, Samuel Stern is leaving the U.S. Attorney’s Office amid turmoil a year after coming aboard, according to sources.

Just prior to wading into the 2009 Republican Primary, then U.S. Attorney Chris Christie hired Stern, son of former U.S. Attorney Herbert Stern, a heavy contributor to the burgeoning Christie campaign for governor.

A couple of years out of law school, Samuel Stern worked in the Appeals Division.

It was not the first time Christie displayed generosity to the Sterns’.

A mentor of Christie’s, the senior Stern served as federal monitor of the University of Medicine and Dentistry of New Jersey in 2007 after the Justice Department entered into a deferred prosecution agreement with the school. Stern and Killcullen received a reported $3 million in legal fees from the no-bid contract.

Sources close to the younger Stern insist that U.S. Attorney Paul Fishman did not fire the Christie hire, but that strained work conditions made it difficult for him to continue. Internal politics at the U.S. Attorneys Office prevented Stern from building a self-protective alliance and made him prey for death by a thousand cuts, sources said.

A call to Stern’s office was referred to the public relations department. 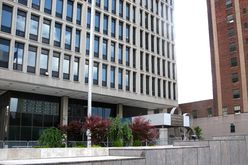