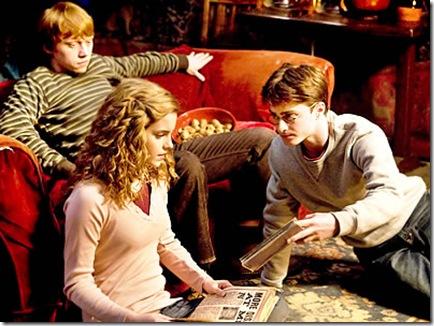 The Players: Daniel Radcliffe, Emma Watson and Rupert Grint, all returning to the roles that made them famous, for a penultimate swansong. Daniel Radcliffe has already had an Inside the Actor's Studio! It'll be sorry to see them go. David Yates is back as director. He's responsible for the last two films, and a host of British TV thrillers, which have severed him well as the series has taken a darker, political tone. Also returning is Steve Kloves, who's written all the screen adaptations for the book series.

The Pitch: Have you not read the books? Things start to get intense from here on out. Daniel Radcliffe's stunt double seriously injured his back during one of the stunts. Both M. Night Shyamalan and Guillermo del Toro were thinking of taking up the directing helm, which says something about its mass appeal. 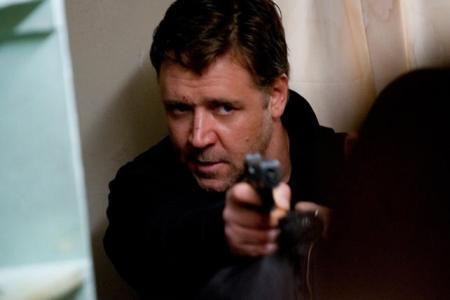 The Players: Stellar angry man Russell Crowe and now-officially-famous Elizabeth Banks. Director Paul Haggis seems like a perfect fit for the story, which would appear to combine his previous talents for moral ambiguity (Crash) and action (the last two James Bond movies). Fred Cavayé, the screenwriter for the original version, returns for this remake.

The Pitch: The beginning is supposed to be a little slow, but gets much better as Russell Crowe's character goes from contemplating breaking his wife out of prison to actually doing it. In fact, even reviews that found faults with the movie complimented the climax. It's nice to see Russell Crowe no longer pandering to tea partiers, as it was suspected in many of the reviews for Robin Hood. This movie was shot on location in glamorous Pittsburgh. 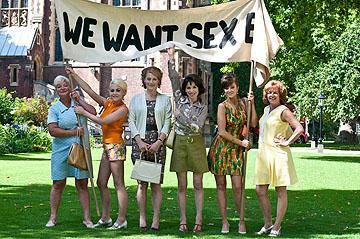 The Players: From Nigel Cole, the director of the somewhat similar Calendar Girls comes this heartwarming tale of the fight for equal pay in England. Sally Hawkins is the charming star, and Miranda Richardson, whom you may remember from her time as Elizabeth II on Black Adder, returns to a position of dotty power as Secretary of State.  And Billy Bragg wrote the theme song!

The Pitch: It's been called, in early reviews, a "combination of Milk and Mad Men" which is a winning combination to be sure. And what is it about British accents that makes conflict seem less severe? It promises to be heartwarming, and most importantly, Una liked it. 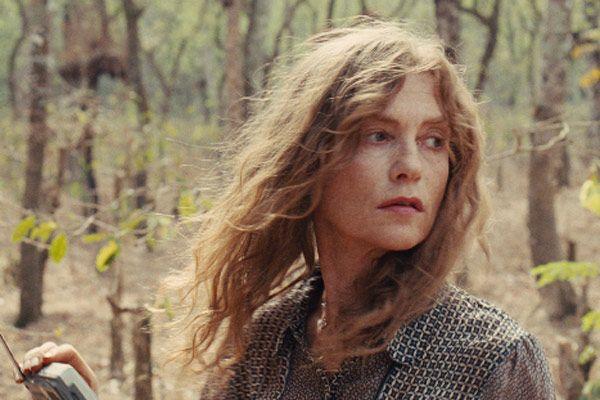 The Players: Isabelle Huppert, whom you may remember as the hilarious nihilist in I Heart Huckabees stars with Christopher Lambert of Highlander fame. With this film, director Claire Denis returns to Africa, where she grew up. Life on the continent was the subject of her breakthrough hit Chocolat (not the one with Johnny Depp).

The Pitch: It's clear from the interviews for this film that Denis knows Africa, from little details like the radio always being on. Admittedly, the perspective is fairly Euro-centric, as the story involves a white family being pushed out of their home in the midst of a revolution, but that also means it's a fairly new take on the region. 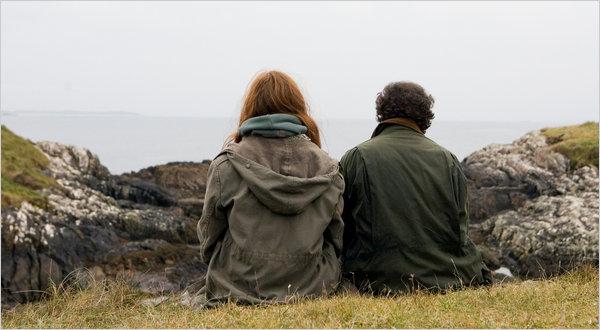 The Players: The hauntingly beautiful Lotte Verbeek slips into a mysterious role, with Stephen Rea stepping in as her foil - you'll remember him as the lead in The Crying Game. It's a feature film debut for director Urszula Antoniak (and it's in English, don't worry).

The Pitch: Set in the lush Irish countryside, much has been made of the cinematography in this film.  In the right hands, Verbeek's red hair is dangerous, no doubt. The comparison here would seem to be to Lost in Translation but with only slightly less alien surroundings. 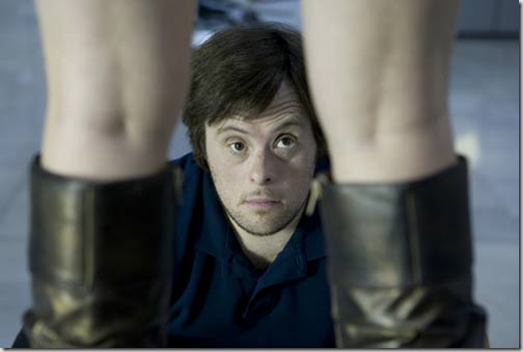 The Players: Pablo Pineda, an actor with Down syndrome, stars as a recent college graduate looking for love. He's supported by the actress Lola Dueñas who has appeared in several Pedro Almodóvar films, no small recommendation when it comes to Spanish cinema.

The Pitch: Far from a gimmick, the performances of every member of the cast have been praised for bringing realism to this unconventional story. There's even a ball-breaking brother who tells Pineda's character, "No woman with 46 chromosomes is going to fall in love with you." 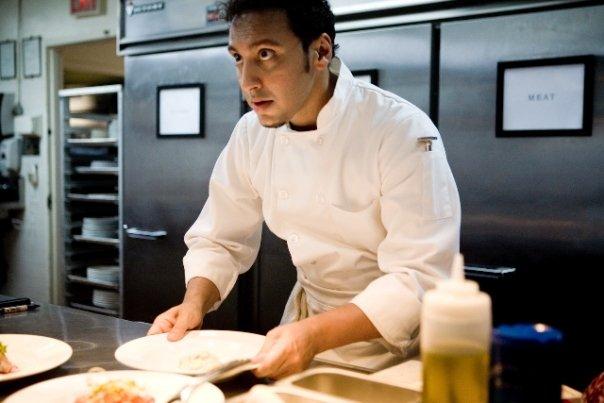 The Players: Daily Show correspondent Aasif Mandvi stars in this film, adapted from a play that he wrote. A snobby sous chef, he encounters a cab driver, played by celebrated Indian actor Naseeruddin Shah, who reconnects him with his culinary Indian roots. Sound schmaltzy? There's also Dean Winters, who is always a perfect jackass. 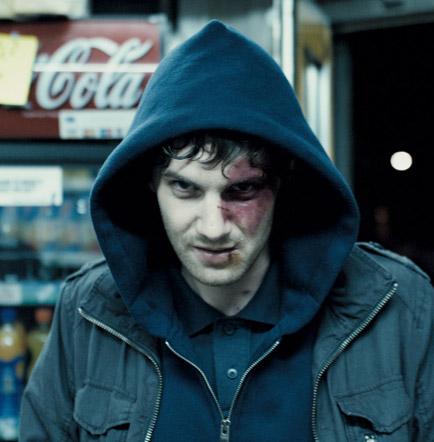 The Players: This is writer and director Philip Ridley's first film in 15 years, though he's been keeping busy as an accomplished novelist and photographer. Across the Universe's up and comer Jim Sturgess stars in this sci-fi horror drama. The lovely Clémence Poésy, most recently seen in 127 Hours, is the object of his desire.

The Pitch: A supernatural mumblecore love story gone wrong, this movie's got something for everyone. You like angsty young men? Done. You like East London gang violence? Done. 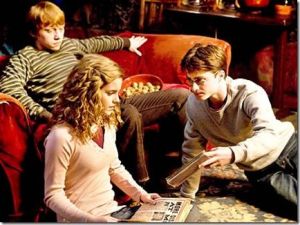 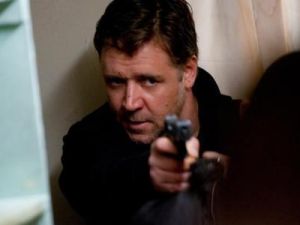 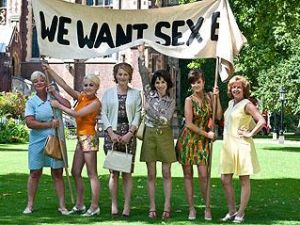 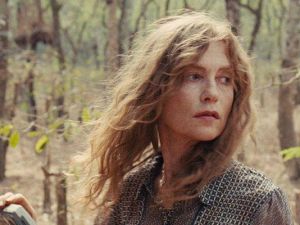 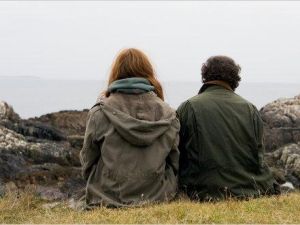 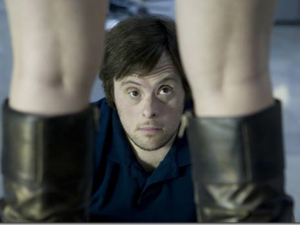 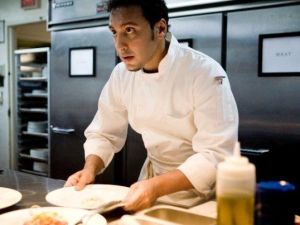 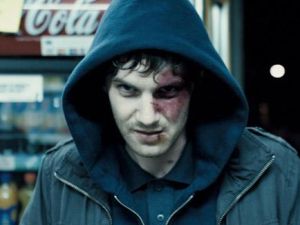