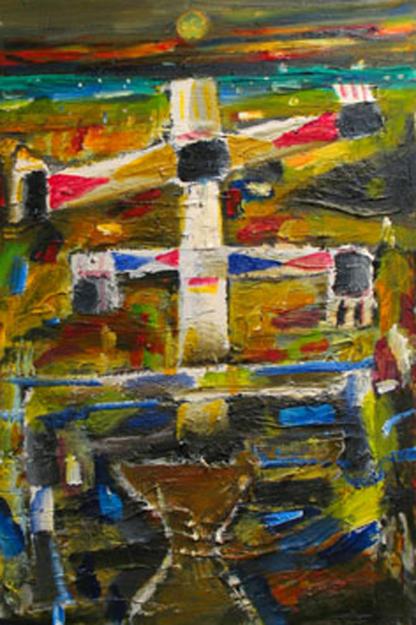 Exhibit: Walker's new set of Abstract Expressionist paintings depict the landscape surrounding his home in Walpole, Maine. An earlier iteration of Walker's take on Maine was painted on playing cards, but this time you can leave the reading glasses at home. 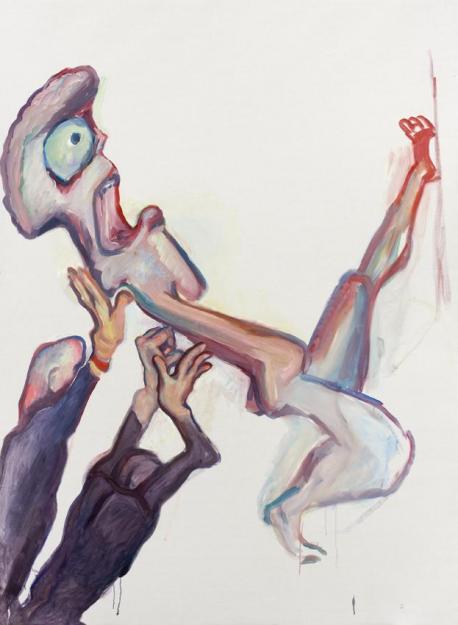 Exhibit: Over her 60 year career, Lassnig, one of the modern Austrian greats, has frequently concerned herself with "body-awareness paintings," to use her term, and this collection of works from the past four years shows a collection of deformed figures. Deutsche Bank owns several of her works, and she once stated in an interview that it was absurd to consider her avant garde, since she makes so much money from her painting. 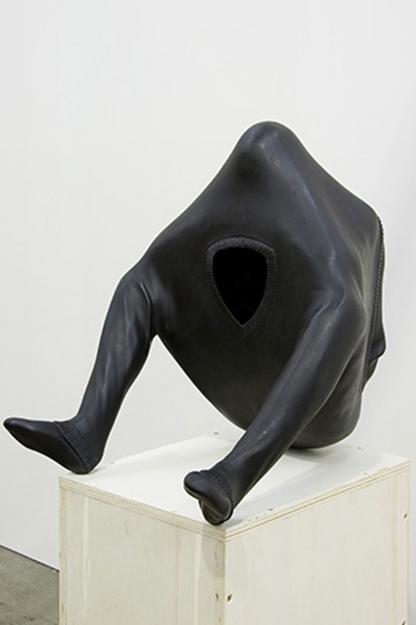 Exhibit: The Austrian Wurm is best known for his "One Minute Photos" which pair the model with a uniquely positioned object — say, with magic markers jammed up his nose. The Red Hot Chili Peppers are big fans. This latest multi-format exhibition plays with the same themes, particularly in his Psycho series, which features huminoid figures engulfed in their sweatshirts. 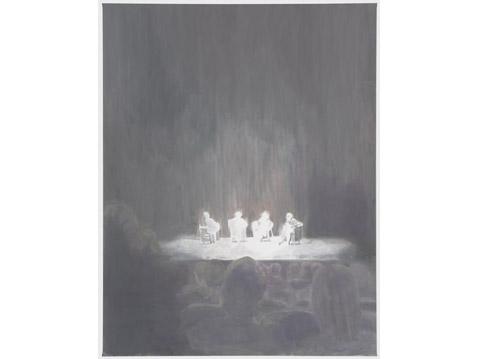 Exhibit: The Belgian Tuymans frequently tackles big themes (media, society, history), and one of his recent exhibits, Against the Day, was heavily influenced by the work of Thomas Pynchon. For this exhibit he takes his cues from Douglas Rushkoff, painting black and white works based on imagery related to corporatism. Be sure to check out his haunting painting of an East India Company clipper ship. 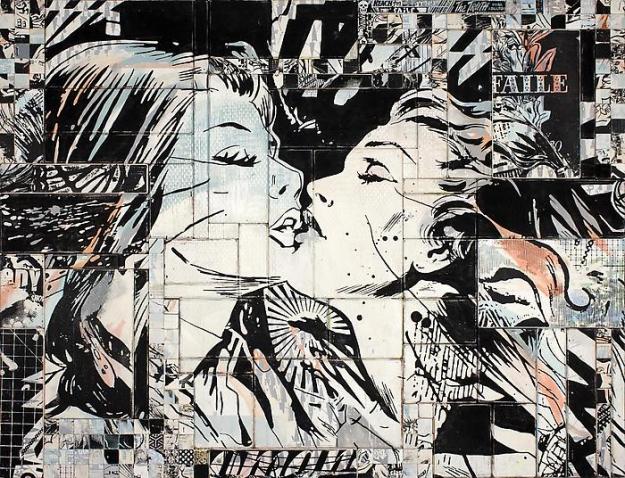 Exhibit: Brooklyn duo FAILE display their latest collage work. They're heavily influenced by contemporaries like Shepard Fairey and Banksy, but this time they've taken their act a step futher, reducing most the works to a grid pattern. Still, it can't top that avant-garde arcade they put together earlier this year on the Lower East Side. 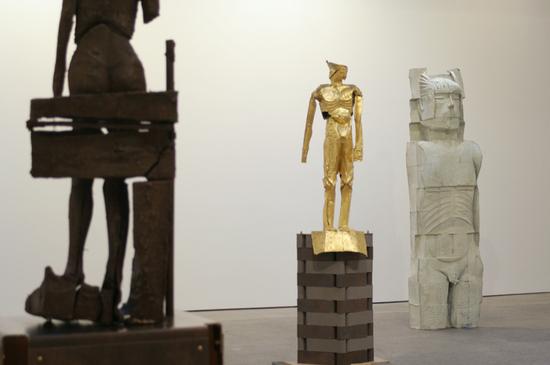 Exhibit: In a 2005 review in The Times, Roberta Smith wrote that the West Coast-based Monohan had "found his inner German," whatever that means. His "artefacts," as they're called, combine sculpture, painting and mythology to create eerie, impressive totems. 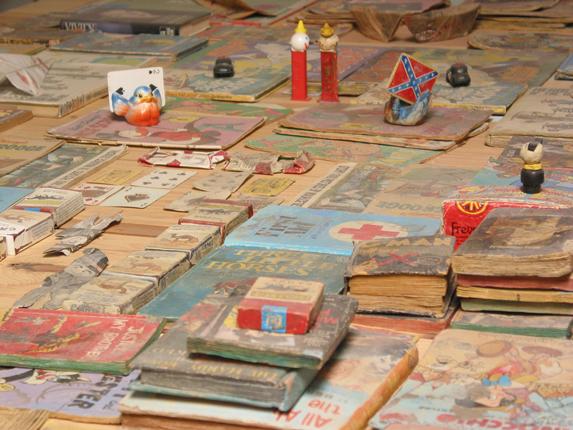 Exhibit: Kristen Morgin works primarily with fired and unfinished clay, but her first New York show inaugurates the gallery's recently completed ground floor space in the Dia building. In this exhibit, she recreates childhood objects and a crashed Porche. Her past efforts have included mimicking not one but seven cellos. 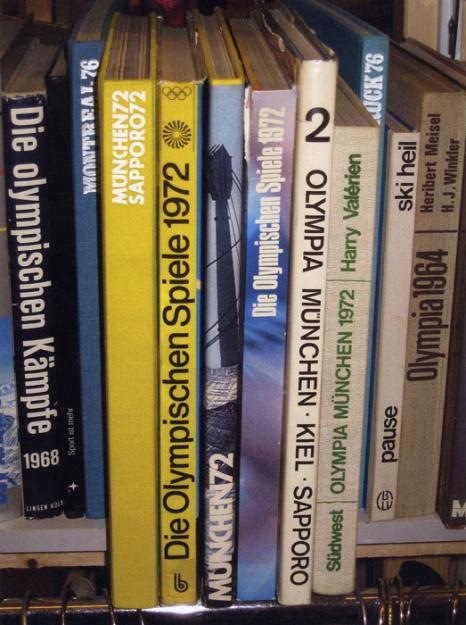 Exhibit: When you step into Schorr's exhibit, you're greeted with a banner proclaiming that "The Fucking War is Over." The Queens-born photographer explores the daily life in a small German town named Schwäbisch Gmünd. 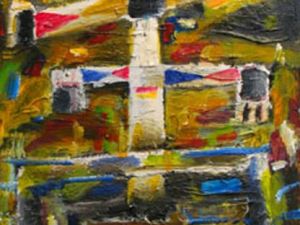 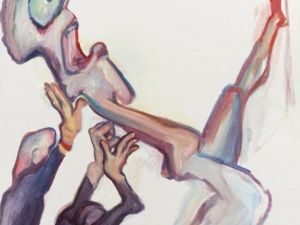 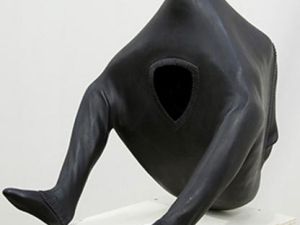 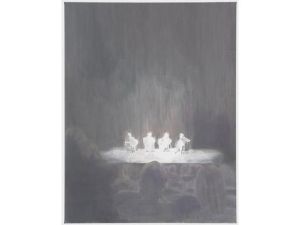 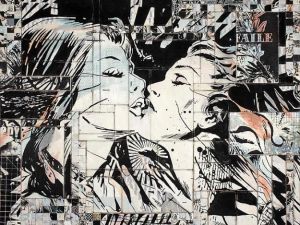 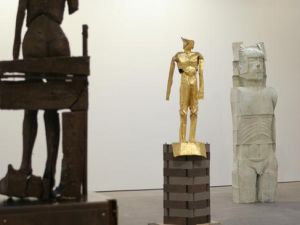 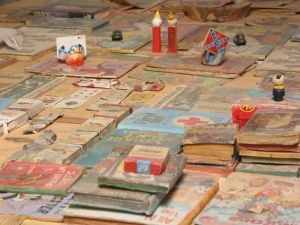 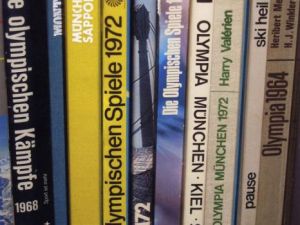