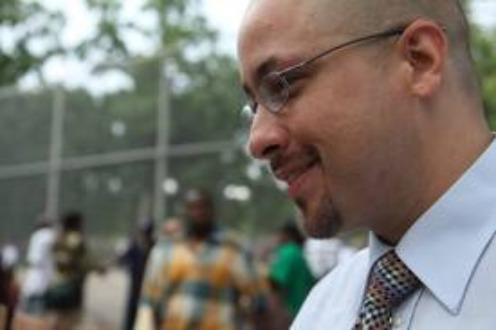 Gustavo Rivera swept into Albany after winning a closely-watched primary over Pedro Espada Jr., the villain of last summer's Senate stalemate. The party-hopping Espada was plagued by numerous allegations about his residency and the accounting at his Soundview health clinic, and a number of liberal groups and labor unions lined up behind Rivera in an effort to oust Espada.

Rivera was born in Puerto Rico and has lived in New York City for over ten years. He has worked in the state's Democratic party for some time, working for U.S. Senator Kirsten Gillibrand, state Senator Andrea Stewart-Cousins, and state Senator Jose Serrano Jr. Some of Rivera's most ardent backers, like Bill Samuels, have already begun touting Rivera, who also teaches at Pace University, as a future leader in the party. But that will have to wait; Rivera voted last week to keep Senator John Sampson as leader of the conference. 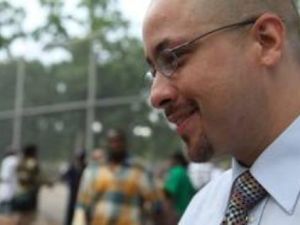 It’s barely been 24 hours since Federal Reserve chairman Ben Bernanke announced, as expected, that he’s putting $600 billion into the American banking system, aid that’s called quantitative easing (or “QE 2” if you’re really with it). But Mr. Bernanke, sadly, has been taking it from all sides lately: the left, the right, even from the normally polite Canadians. The blog Zero Hedge even has a post today called “Entire World Blasts Deranged Madman’s Uncheckable Insanity.”

How has Mr. Bernanke been handling the pressure? Not very well, thorough photographic evidence suggests.

Whether he’s been at a Federal Deposit Insurance Corporation symposium, a session of the G-20 Financial Ministers and Central Governors in South Korea, the inaugural meeting of the Financial Stability Oversight Council, or even a town hall meeting with Washington-area teachers, our Federal Reserve chief has looked plum glum lately.

You can see the dejection in his eyes, the despondency in the creases of his jowls, the dismal disconsolation in the downward dive of his moustache. Take a look.