Christie submitted the names of two individuals for the council yesterday, which must be approved by the Senate Judiciary Committee where Weinberg sits.

He nominated James Rilee of Succasunna and Timothy Dougherty of Morristown, both from Morris County.

But Weinberg said the nominations do not comply with the residency and political party requirements laid out in 2004’s Highlands Act that established the council.

Weinberg called on Christie to reconsider his appointments “in favor of real preservationists who will serve as responsible stewards of the Highlands region,” in a press release.

“In an effort to overturn one of the biggest environmental accomplishments in New Jersey in the last decade, Governor Christie has stepped outside the bounds of statute and ignored residency rules and political party requirements which were intended to give balanced representation to the entire Highlands region,” she said “(H)e’s outside of his rights to stack the council with Morris County cronies who will do his bidding and dismantle the council from the inside-out.”

The make-up of the Highlands Water Protection and Planning Council, according to the law, includes the seven counties which make up the Highlands region – Sussex, Hunterdon, Warren, Passaic, Morris, Bergen and Somerset.

Each county sends one elected representative to the council, and the county with the biggest population within the Highlands region – presently Morris – sends two representatives.

Also according to law, no more than half of the eight-member board can be of the same political party.

Weinberg said Christie’s nominations would tip the balance in favor of the Republicans (five to two, with one seat vacant) and would eliminate seats from Bergen, Warren and Passaic counties.

“I’ll work with my colleagues on the Senate Judiciary Committee to consider the Governor’s appointments when he’s in his rights to make those appointments,” Weinberg said. “In this case, he’s let his ambition to dismantle the Highlands Act overshadow his reading of the law.” 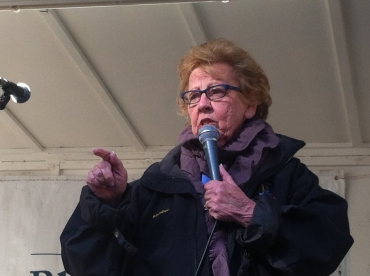