He warred internally with fellow caucus members over the medical marijuana bill, but the Union City pol back home in the 33rd District successfully spearheaded his annual turkey extravaganza.

The Bergen assemblywoman saw her anti bullying bill make it through both chambers.

The mayor of Perth Amboy partnered with a local church to deliver a hugely successful Thanksgiving at the city community center. State Sen. Joe Vitale (D-Woodbridge) reported for duty early Thursday morning and did the turkey carving honors.

Bills targeting the gaming and wagering revitalization of Atlantic City and bearing in most cases the imprimatur of the Atlantic County senator (and former AC mayor) passed without significant opposition on Monday.

The aide to former Assemblyman L. Harvey Smith was arrested last year during Operation Bid Rig, but this week became the first of the 44 arrestees to have the charges against him dropped.  He joins Ridgefield Mayor Anthony Suarez, who was acquitted, as the only defendants to date to walk away from the massive corruption sting.

U.S. Rep. Steve Rothman (D-Fair Lawn) fired his longtime chief of staff when he discovered that police nabbed Decheine and charged him with soliciting sex from a minor.  Caught in a “To Catch a Predator-” like sting, Decheine – if the allegations are true –  was both morally bankrupt and stupid, disgracing both himself and his office.

Lacking the votes, the Union County senator could not get his medical marijuana bill out of caucus on Monday.

A citizens’ group scheduled a meeting to consider the recall process for the embattled mayor of Trenton.

Son of a former U.S. Attorney and hired by then departing U.S. Attorney Chris Christie, Stern will leave the U.S. Attorney’s Office amid office politics at the Newark office that have reportedly drained and dispirited the legal scion. 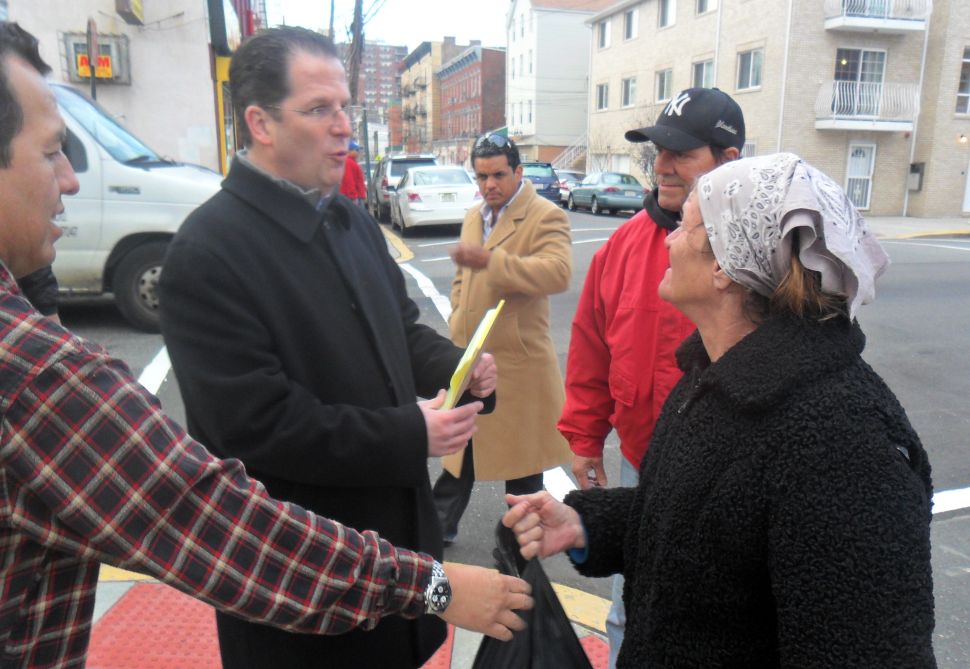