TRENTON – Past the two-year mark now as we head toward 2012, a key Democrat and key Republican shared their views on presidential politics.

State Sen. Richard Codey (D-Roseland) said he believes President Barack Obama is in good shape politically, because Codey said he does not think Obama stirs antagonistic feelings in the majority.

Barring the right wing fringe, “I don’t meet anyone who really dislikes the president,” Codey said.

Of course, Kyrillos is also arguably Gov. Chris Chris Christie’s closest ally in the state legislature. Despite his adamant public declarations that he wouldn’t run, the governor continues to stir the enthusiasm of national Republicans.

Barring a run by Christie, expect to see Kyrillos with Romney.

Codey, for his part, argued that another point in Obama’s favor is Republican Party fraction.

“Who are the Republicans going to unite behind?” Codey wanted to know, convinced that the Palin and Romney forces can’t cohere. 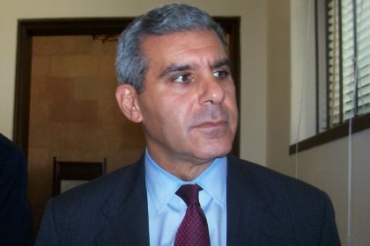