LIVINGSTON – Gov. Christie has come home to Livingston, but his final push for toolkit bills may have hit a snag.

“I’m concerned about the noises and sounds that I hear out of Trenton from a distance this morning,’ Christie said. “I (hope that) they’re not backing off of the positive steps that we taken on Monday. I hope that they’re not. We have a meeting again today at 4 o’clock.”
Christie came to no agreement with Democratic leaders in Monday, although state Sen. Pres. Steve Sweeney (D-West Deptford) and Assembly Speaker Sheila Oliver (D-East Orange) said they were hopeful the two sides could find common ground this week.

At the center of discussions is the Democrats’ version of an arbitration reform bill, announced last week.

“I’ve already announced that I would compromise,” he said. “I wanted pension and health benefits included in an arbitration package. I told them I’m willing to concede (that point). I’ll have a cap on arbitration match exactly the cap on property taxes.”

“They had the toolkit bills for seven months,” the governor told the crowd. “Something’s stopping them. Something’s stopping them, and I wonder what it is. I suspect that it’s the special interests that help fund their campaigns, who help support them at the ballot box, who have been feeding at this trough at taxpayer expense for some time.

“We weren’t looking for real reform,” he mocked the Democrats in the legislature. “We were looking for watered-down fake reform.” 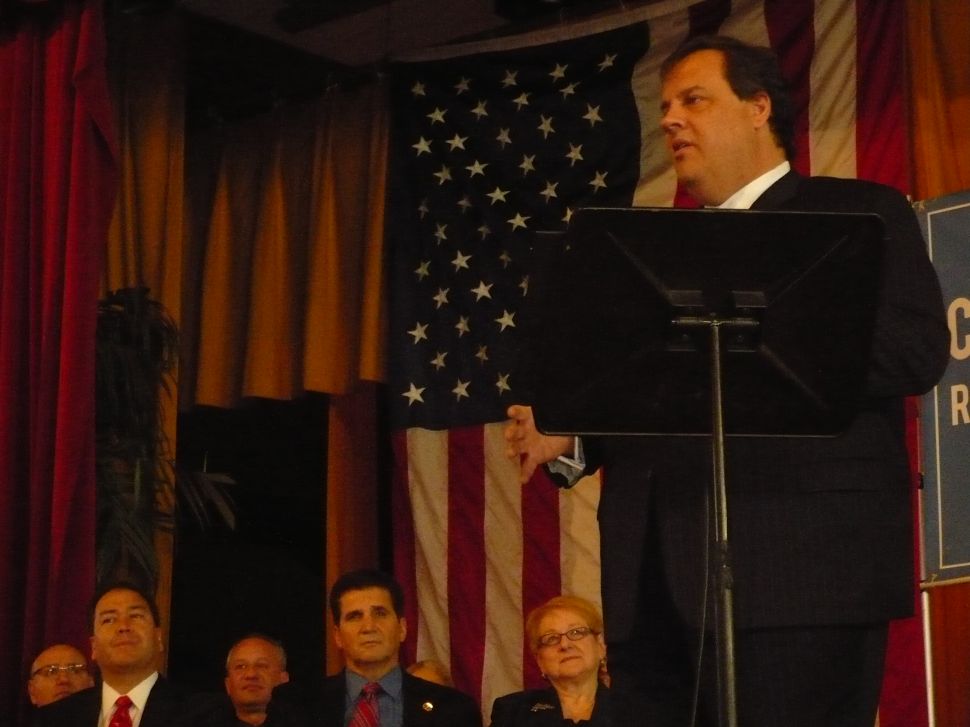