Gov. Chris Christie responded to some questions about redistricting at a Wayne bill signing today. Asked how big of a role he’ll play in the Congressional redistricting process, Christie said, “Not as much as I’d like to.”

Commenting on the possibility of a seat loss for New Jersey before it was released this morning, Christie was asked what seat he’d like to target.

“After a really lousy question like that, I’m targeting your seat,” he told the the radio journalist. “It will be intensely partisan because somebody’s gotta lose a seat.”

He said “elements of fact” will  be thrown into the political blender, and it will be personal.

“When somebody’s ox is being gored, it becomes personal,” said the governor. 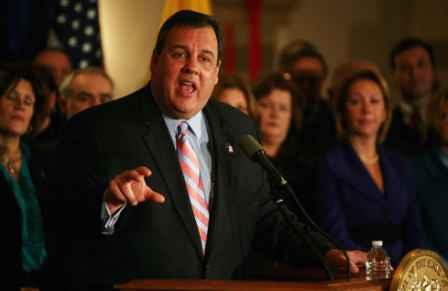