“The connection to Reform Jersey Now seems to have turned from an embarrassment of riches for well-connected contractors to just plain embarrassment for New Jersey taxpayers,” said Buono. “After years of hearing Republicans decry the ‘pay-to-play’ culture of New Jersey, this disclosure uncovered hypocrisy of monumental proportions. These contracts need to be nullified right now, before one more dollar of taxpayer money is spent to reward Reform Jersey Now’s donors.”

“Now we know the reason for all the secrecy,” said Cryan. “Reform Jersey Now was nothing more than a Swiss bank account for pay-to-play. For a Governor who claims of having the highest ethical standards, this is just the latest example of his ‘do as I say, not as I do’ style. Not one of these tainted contracts should stand, and if the Governor was a man of his word, he’d cancel them and allow them to be rebid in a truly fair and open process.”

Of Reform Jersey Now’s contributions, four firms that received hundreds of millions of dollars worth of state business in 2010: 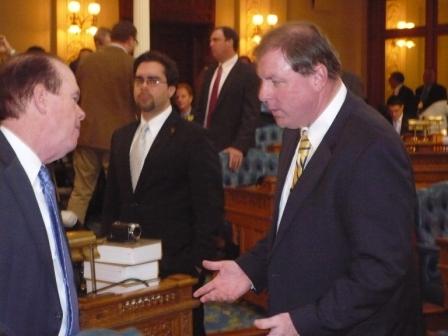