Bergen County Executive-elect Kathe Donovan has filed a lawsuit alleging the county Board of Freeholders held an illegal meeting to pass a $2.6 million bond ordinance.

The bond was passed at a 3 p.m. meeting on Wednesday, Dec. 8, but Donovan said the meeting was noticed in The Record to begin hours later. The board passed the bond ordinance used to purchase Bergen PAC, a performing arts center in Englewood.

Donovan will rescind the county’s purchase of the Englewood facility, she said in a release: “There is no reason that Bergen PAC will not be able to continue to operate (with) a substantial line of credit which they can draw from to make payments on their current mortgage until the organization can develop a permanent resolution. There is no need for hard pressed county taxpayers to provide a $2.6 million bailout.”

“They were acting as if the Bergen PAC was going to close down, but that was not the case at all,” Jeanne Baratta, Donovan’s incoming chief of staff, told PolitickerNJ. “They went back on their word and they put this in at the 11th hour. It was not an emergency.”

The timing of the lawsuit will not allow for the freeholders to cure the alleged sidestepping of the Open Public Meetings Act.

Usually the situation is remedied by holding another public meeting – fully noticed – and retaking the vote. But the timing to get that done before the end of the year is impossible, said Baratta.

Democrats Jim Carroll, Elizabeth Calabrese, and John Hogan are making way for Republicans John Felice, Maura DeNicola, and John Mitchell in January, so the deal may be undone if the original vote is found to be illegal.

GOP Freeholders John Driscoll and Rob Hermansen didn’t vote at the meeting; Hermansen was on vacation and Driscoll left due to an emergency.

CORRECTION: Hermansen was recovering from surgery, not on vacation as was reported.

Hermansen later chided the five Democrats who approved the deal for avoiding the questionable purchase until after the election in lame duck session.

Calls to Democratic freeholders were not immediately answered. 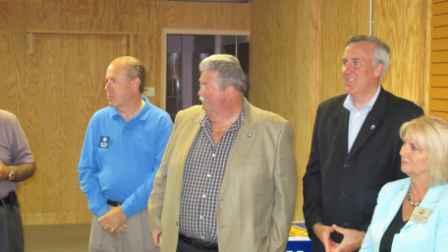