The chairman of the local Democratic committee in Hawthorne may challenge for a 35th Legislative District seat next year.

Jeff Gardner will leave his present job as an attorney with the National Labor Relations Board in January to star a solo law practice in his hometown.

“I think it’s safe to say I have not ruled out a run,” said Gardner, who opposed state Sen. John Girgenti’s (D-Hawthorne) no vote on marriage equality and subsequently took control of the local Democratic committee. 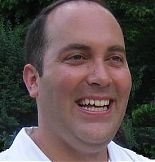