“However, can we please, like, stop the food fight already,” Christie pleaded, somewhat ironically for a governor who has been quick to wage political war in the public arena on other issues.

At the same press conference, he threatened a public relations battle for municipalities and unions that try to circumvent the new arbitration agreement, in the same way some boards of education are attempting to do with a superintendent contract cap: “They do not want to be the star of my town hall meetings.”

He said of the back and forth between the Democratic leadership and DeCroce, “This is really beneath the offices that everybody holds here.” The governor said he hoped the players would be “invaded with the spirit of Christmas and be nice to each other.”

“I didn’t like the comments that Alex made,” he said. “So let’s stop already…Stop playing politics on this…Here’s how you angle political advantage: Do the right thing.”

He was non-committal on the issue, though, and instead of commenting on the meat of DeCroces remarks – the effectiveness or lack thereof of unemployment benefits – Christie instead said he’ll listen to the finding of an already-engaged task force and his labor department.

As the U.S. Congress grapples with the same question, Christie said the extension of unemployment benefits on the national level is still unclear. “There seems to be a fair amount of acrimony in House,” he said.

Christie shook off questions about the sit-in being carried out by Supreme Court Justice Roberto Rivera-Soto.

Christie said he would not remark on the individual opinions of the court, turning the question into a referendum on whether the Senate should have heard Christie’s nomination of Anne Patterson to the court.

“We wouldn’t be having this crisis if the Senate would just have a hearing and do their jobs,” he said.

On his dismissal of  Justice John Wallace in the spring – which caused the seat to open for Patterson – he said, “My decision is consistent with the constitution of the state of New Jersey…I am not ceding that right to anyone. I have the right to nominate Anne Patterson.”

Questioned again, Christie avoided comment on Rivera-Soto collecting $185,000 without carrying out his duties as a justice by lumping that outcome into the framework of Rivera-Soto’s stated opinion.

Christie called the press conference to announce Tracy McDaniel as his new head of Choose New Jersey, one-third of his business-friendly initiative spearheaded by Lieutenant Governor Kim Guadagno that also includes the creation of the state Business Action Center and a renewed mission for the Economic Development Authority.

A nationwide search for New Jersey’s main business advocate brings McDaniel from Houston where she was the executive vice president and chief operating officer of the Greater Houston Partnership.

Guadagno and Christie both lauded the job creation and pro-business work she did in Texas, and said the ship is already righting itself.

Christie said one in every six jobs created across the nation in November were from New Jersey. He said those  9,000 jobs represent the largest monthly gain in employment rate for New Jersey since the start of the recession.

Questioned on a representation by the Wall Street Journal that Christie considered New Jersey’s economic recovery “mission accomplished,” the governor called it a complete mischaracterization.

“First of all, as a Republican, (pause) we all know,” he said to laughter, alluding to Pres. George W. Bush’s ill-fated declaration that the Iraq War had ended. He said some things cannot be said by the GOP leaders anymore: “That comes in a hand book from the Republican Governor’s Association: Mission Accomplished, Read my lips, you know.”

“9.2 percent unemployment…Mission far from accomplished,” he said, referring back to the steps his administration is taking on the jobs front.

CORRECTION: The “mission accomplished” mischaracterization was proliferated, not by the WSJ, but by Democratic legislators. 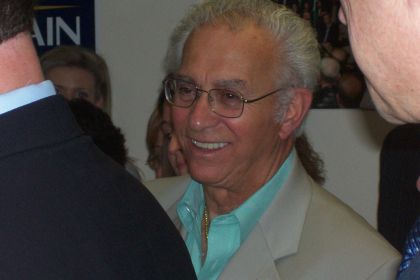