Bergen County Freeholder Rob Hermansen was cleared today by the Bergen County Board of Ethics, which found “no reasonable factual basis” for a complaint lodged against him in the middle of the election season.

“It’s about time,” Hermansen said today. “I’m happy it’s over. I’m happy this is done with.”

The complaint alleged that Hermansen violated conflict of interest guidelines in his first meeting on the Board of Freeholders last year by approving Wachovia Bank, a subsidiary of his employer Wells Fargo, as the depository for Bergen County funds.

The letter clearing Hermansen did not state whether some inaccurate details exclude the act from conflict of interest guidelines, or whether the act in and of itself is not a conflict.

“This was a 7-0 vote,” Hermansen said. “This was not anything that I – especially being in the minority – was trying to influence in any way, shape, or form for my company to get any business.”

According to sources, Hermansen raised the ethics question himself in closed session meeting of the freeholders following the vote – rethinking whether he should have participated in the vote – which some Republican observers think prompted Democratic opponents on the board to leak the information and push for the complaint to be filed.

“I had some Republicans that tried to make hay out of this also. This is not just Democrats,” he said. “There were some people that tried to use this…for their own political gain.”

First filed erroneously with the state then with the county Board of Ethics, the complaint was signed by Martin Etler, former Democratic mayor of Fair Lawn, but composed, typed, and mailed by the Bergen County Democratic Organization.

Etler told PolitickerNJ this summer that “sources on the inside,” one of the freeholders, clued him into the potential conflict.

One source alleged that a Democratic freeholder was petitioning Hermansen’s employer for Hermansen to either resign his elected office or quit his job. Hermansen affirmed that someone reached out to his employer, but would not clarify who it was. 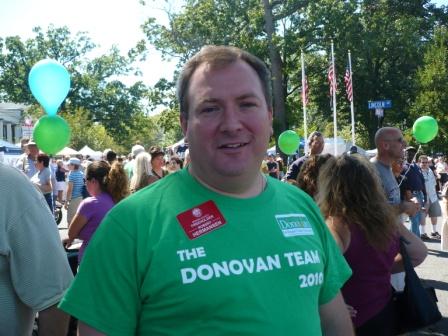