Mack announced the turnaround in a release, saying though he was certain the raises are “the right thing to do,” the timing might be off.

“Staff has significantly increased duties, and exceeded expectations in every professional capacity. The administration made a commitment that all residents will have the same level of service despite reduction in personnel and an inherited $55 million budget deficit. These employees ensure services are maintained because they take on the duties of staff that were recently laid off,” Mack said.

The raises, announced last week, were yet another in a long line of controversial moves by Mack, whose administration has been unable to escape from the glare of its own missteps.

In addition to sending residents, who have seen services cut and the ranks of firefighters potentially thinned because of the city’s financial woes, the raises potentially threatened the city’s transitional aid, granted earlier this year by the state.

In an email to the Times of Trenton,Department of Community Affairs Spokeswoman Lisa Ryan said the state still has 25 percent of the aid money that has not been paid out.

"The City of Trenton needs to take the terms of the Transitional Aid MOU it signed on Dec. 10 very literally," department spokeswoman Lisa Ryan wrote to the Times, according to an article published Saturday. "The MOU requires the city to submit written requests to hire and give raises, etc and to receive those written requests back approved and signed by the Director of the Division of Local Government Services before processing hires and raises."

"We have withheld 25 percent of the city's transitional aid award," she added. "If the City is not in compliance with the MOU, they will not get the balance of the aid award."

Mack had initially announced that the raises were for employees doing extra work because of layoffs, however a second release from his office said the increases were for title changes that took place over the summer. 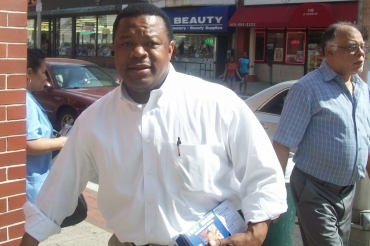