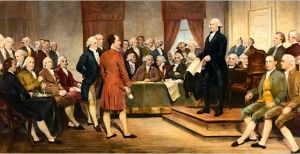 New York Tech Meetup is looking so grown-up these days.

Beyond just selling out the Skirball Center every month, the organization is seeking official status as a non-profit and adopting a set of Governing Bylaws.

As part of this maturation, NYTM is creating a 13 member board, with four of the seats to be filled by community-elected members.

The candidates for the first two community seats will introduce themselves tonight and voting will take place online over the next three days.

It’s a strong field of contenders. “Once I saw the folks running I called Nate and told him I was dropping out,” says SeatGeek’s Ben Kessler. “There are people I would rather vote for than myself.”

Check out The Candidates! >>