The 27-count superseding Indictment, returned and filed today, adds nine counts to the previous Indictment: two counts charging separate conspiracies to defraud the IRS, and seven counts of making and subscribing to false federal personal income tax returns – for tax years 2004 to 2006 for Ritacco and 2004 to 2007 for Gartland, according to a release from the U.S. Attorney’s Office.

The initial indictment, returned October 19, 2010, contained 18 total counts of mail and wire fraud, travel and use of facilities in interstate commerce to promote bribery, and bribery in connection with a local government agency receiving federal funds.

According to the superseding indictment, Ritacco and Gartland conspired with others to defraud the IRS by “hiding corrupt cash payments and other benefits that Gartland provided to Ritacco and others, at Ritacco’s direction, from at least 2002 to April 2010.”

Ritacco and Gartland allegedly used third parties – including co-conspirators Frank D’Alonzo and Frank Cotroneo – and dummy companies to secretly pass “cash, money and other benefits to Ritacco and others. Ritacco also instructed others to structure cash transactions at banks and financial institutions to avoid those entities filing reports regarding the transactions, and used a safe deposit box at a bank in Naples, Fla., to conceal cash proceeds.”

Count 20 of the superceding indictment charges that “Gartland conspired with Cotroneo and others to defraud the IRS by hiding payments that Gartland made to Cotroneo, and others at Cotroneo’s direction, from at least 2005 to October 2008. Gartland funneled money for Cotroneo into a sham company, EAdministrative Systems, Inc., and then used that company to pay significant personal expenses for Cotroneo, including $571,000 to a landscape firm; $41,400 to a golf club in Colts Neck, N.J.; and over $200,000 to American Express. Gartland failed to report the payments on IRS forms for Cotroneo, and Cotroneo did not disclose them on his federal personal income tax returns. 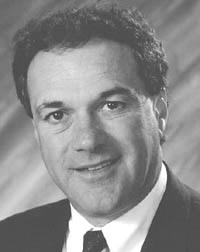