TRENTON – The head of the top teachers’ union, Barbara Keshishian, NJEA president, told a Senate Education Committee this morning that teacher tenure, a system the union helped create, is working fine for the most part.

Keshishian reiterated the NJEA’s recommendation on tenure reform, that the tenure hearings be held before an arbitrator rather than a judge.

“We don’t want bad teachers in or ranks,” said NJEA Director Vincent Giordano, who caught the ire of the governor a day before.

At a town hall in Livingston, Gov. Chris Christie, who has virtually declared war on the NJEA, laughed at the lack of depth to the tenure reforms proposed by the union.

Keshishian said the procedure for removing non-tenured teachers is simple, merely requiring a determination from the administrators. “Districts have very broad discretion in these cases,” Keshishian said.

For tenured teachers, she said the requirement to prove just cause is necessary.

“That, certainly, is only fair,” she said, because it protects the teachers from “unwarranted political interference.”

In the area of teacher evaluations, she hesitated at the thought of change.

“We, of course, are very concerned with some of the proposals,” Keshishian said, especially those that put “undue weight” on student test scores. Research, she said, has shown test scores to be a poor indicator for teacher success.

But testifying before the NJEA professionals, Daniel Weisberg, vice president of policy and general counsel for the New Teacher Project, told a different story.

Weisberg, who was representing the national nonprofit “dedicated to closing the achievement gap by ensuring that high-need students get outstanding teachers,” according to their website, told the panel that one teacher dismissal procedure cost $230,000.

“And the process took years to remove her,” he said. “The process is important.”

“Why is that number so small?” chairwoman and state Sen. M. Teresa Ruiz (D-Newark) asked. “We don’t understand why.”

“We can certainly work on that for you,” Keshishian said. “We’d certainly be glad to discuss this.” 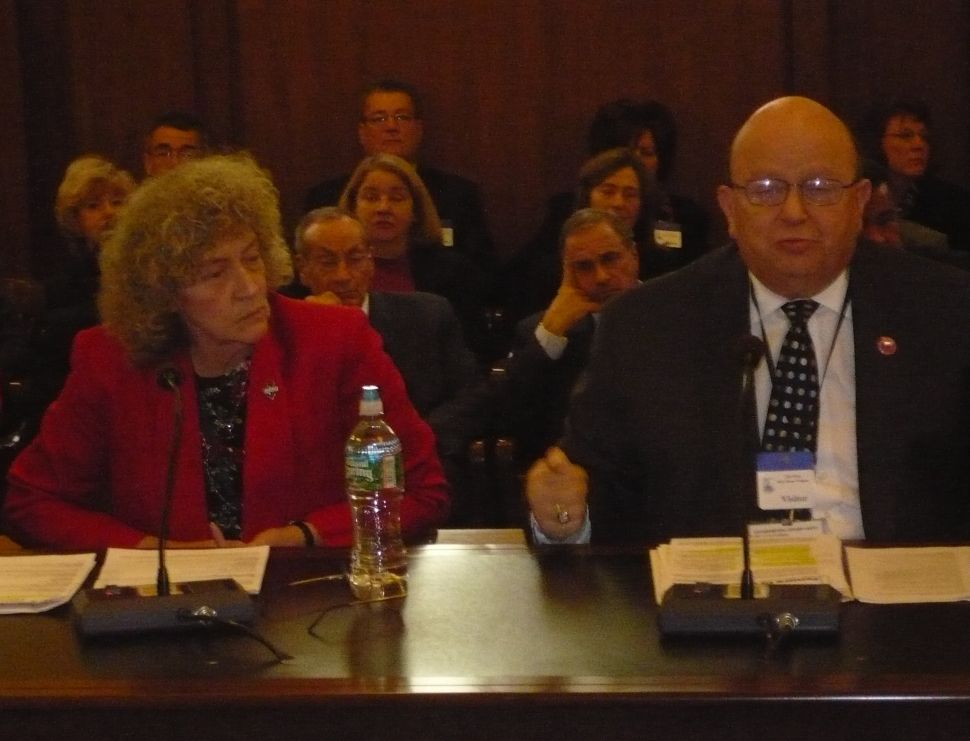