Sources say both political parties have agreed upon the potential 11th member of the state redistricting committee that will determine the legislative map for the next decade.

Rosenthal’s name surfaced as part of a process put in place by Supreme Court Chief Justice Stuart Rabner, who will make the final determination on the 11th member.  Rabner reportedly asked each team to submit a list of acceptable names in order to see if any common ground exists.

While the names on the list are not known, sources on both sides of the aisle say Rosenthal’s name surfaced in discussions held by both committees.

Rosenthal is a known commodity in redistricting after serving as the tie-breaker in both the 1992 and 2001 Congressional redistricting efforts.  He is a professor of public policy at both the Eagleton Institute and the Edward J. Bloustein School of Planning and Public Policy. He served as the director of Eagleton from 1974 to 1994. He currently serves on the state legislature’s Joint Legislative Committee on Ethical Standards.

Rabner is not bound by the process he put in place and could potentially choose another member, and Rosenthal would not have to accept the assignment. But sources say choosing a name from the lists submitted makes sense because it insulates him from the potential politics surrounding the decision.

Last summer, some insiders speculated that Gov. Chris Christie’s decision not to reappoint Justice John Wallace to the bench could have a chilling effect on Rabner’s decision as he also will come up for reappointment in 2014.  But people familiar with Rabner’s thinking dismissed any conspiracy on the part of Christie and any capitulation by Rabner, saying the chief justice is too much of a professional to alter his decision based on politics.

But former Chief Justice Deborah Poritz was vilified by Republicans a decade ago when her choice for the 11th member, Larry Bartels, ultimately chose the map favored by the Democrats.  One source quipped that Poritz “is wishing she came up with this idea.”

The so-called 11th member of the committee will only be appointed by Rabner should the two sides fail to come to an agreement on their own.   According to state law, the commission has until a month after the census data is received by the governor, or February 1 – whichever is later – to come up with a map.  If they’re unable, they would certify that fact to Rabner, who would appoint the 11th member.

A spokeswoman for Rabner had no comment on the 11th member. Rosenthal did not return an email for comment. 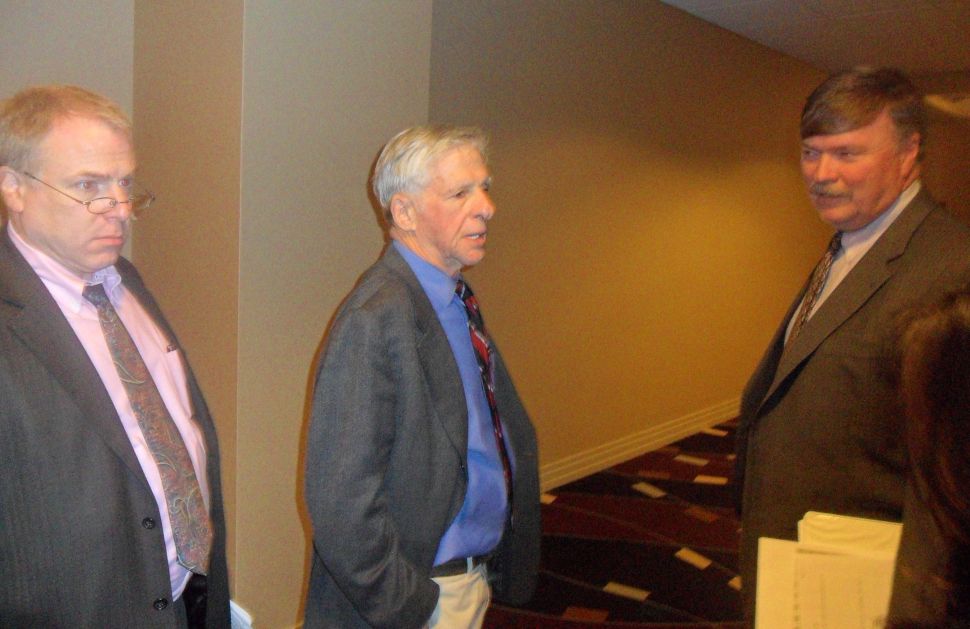