That was the atmosphere that pervaded the Landmark tonight punctuated by more than a few growls of “Sarlo,” spoken through gritted teeth early just before the state senator sailed in off Highway 17 with scarf and buoyant step.

No problem, his presence radiated, and finally that proved true as a hastily assembled quorum of 36th District leaders by acclimation voted in Undersherriff Kevin Ryan to save Sarlo and Essex County Exec. Joe DiVincenzo, the candidate’s big backers.

“It was a little overwhelming to be honest,” said Ryan, 41. “I began at the age of ten going to county committee meetings with Carmen Orechio I worked for him and became a paid aide for him in the late 1980s. It was working for him in my teen years and I saw in him the difference that elected officials can make on people who might not need a hand out but a hand up.”

Ryan went into law enforcement, beginning his career as a local police officer and later joined the Essex County Sheriff’s Office as a sheriff’s officer. He worked his way up to become detective and 13 years ago, chief of staff to Sheriff Armando Fontoura. Three years ago, Fontoura elevated Ryan to executive undersheriff where he continued to serve as chief of staff and headed up the bomb and narcotics division and the office of emergency management.

“What I’m most proud of: reduction of personnel and crime in the areas we’re responsbile for; 30% reduction, which is significant.”

As an assemblyman, Ryan wants to focus on law enforcement and homeland security issues.

“I will be a huge advocate,” he said. “And mental health – those who can’t look out for themselves – need an advocate.”

Ramrod in the interior of the entranceway, DiVincenzo was counting on Sarlo to deliver 40-50 votes from South Bergen to fill a vacancy created by the retirement of Fred Scalera at this special 36th District convention. Joe D. had ferried two packed busloads of district leaders over the Passaic River, with orders to back DiVincenzo acolyte Ryan, who – at DiVincenzo’s elbow – greeted the trickle-in traffic as the hour ticked past 7 p.m. and DiVincenzo still appeared ticked.

The county exec’s son, too, floated in fretful expectation in out of the decor, which was heavy on polished gold surfaces, Peter Paul Rubens canvas-sized mirrors and geometric carpet designs. Every Democratic operative in North Jersey with a vowel on the end of his name and a buzzing BlackBerry in his hands looked ready to catch an earful from one of the ruffled principals.

“My people are here,” he said of the Passaic contingent.

The problem early was there just weren’t enough bodies packed into the banquet room to make a quorum of 117 to put Ryan, apparently unopposed, over the edge and in a chair down in Trenton.

Freeholder Bernadette McPherson. Check. She was ready to go. Freeholder Liz Calabrese? Check. Good to go. On her way to get a family member.

But no Bergen County Democratic Committee Chairman Mike Kasparian (Word circulated that it was a family matter. He was at Hackensack University Medical Center with his brother  who fell and was injured, say sources).

And – again early – an anemic showing out of Garfield, where Passaic County Democratic Chair John Currie had expected to add Bergen bodies to his Passaic troops. “This kid better not let me down,” said the chair, who was later rewarded when local party chairman Bryan C. Walensky arrived.

“This is nothing but treachery,” an insider seethed of other absences.

“Four short,” said Sarlo, who on arrival gauged the mood and immediately went into harried huddle-up mode with DiVincenzo and D. Chief of Staff Phil Alagia.

The lingering bodies parted. Former state Sen. Carmen Orechio – who would later put his disciple’s name in for nomination – stood in the double door rentrance way working his cellphone.

The operative understanding was that all of these people here would vote for Ryan, but another horror gripped more than a few twitching faces as time ground by: What if some of the assembled didn’t vote for Ryan? What if they were moles for Kasparian? Or what if they sensed weakness and decided not to back the undersheriff?

He was public enemy number one here.

Sources close to the Bergen Democratic chair had spoken of the possiblity of an event boycott by him and chief South Bergen chairs as a way of sticking it to Joe D’s power. It happened. The thinking was somewhere along the lines of how dare the county executive come in here and flex his muscles? That was the view from the Kasparian camp and South Bergen. Who cares about a deal Sarlo had with DiVincenzo ten years ago to keep a Nutley tag on one third of the 36th District’s seats? Redistricting would result in the loss of Nutley from South Bergen anyway. Sarlo didn’t want it and DiVincenzo did. So why give it to them?

Now Orechio announced that Stellato was on his way and no one appeared more gratified than Sarlo.

“Thank you, honey,” Sarlo chimed moments later when he saw Calabrese return with a live body. “We love you.”

The older DiVincenzo suddenly broke from the room, apparently personally bound for Nutley to pick up another vote.

Stellato entered, and moments later it was over.

“He’s a great guy, he’ll be a great assemblyman,” said DiVincenzo, welcoming an embrace by his son.

“Shopping, cold weather, people are sick, what do you expect?” said Sarlo by way of explanation.

“It’s always tense,” added his powerful ally from the other side of the river.

Schaer was happy to deliver the key Passaic portion of the vote with Currie.

“Along with Senator Paul Sarlo, I look forward to continue representing the residents of southern Bergen County, Nutley and Passaic and welcome Assemblyman-Designate Ryan to join us,” said Schaer. “With a respected career in law enforcement, he is well suited to pick up right where former Assemblyman Scalera left off – as an expert on homeland security issues.”

Ryan headed to Nutley for dinner with DiVincenzo.

“I’ve never been an eight-hour a day guy,” he said about continuing his job as undersheriff while serving as assemblyman. “I’m about building a team. The 36th District has had a great team for many years.”

What about the absence of South Bergen people?

“I intend to reach out to everyone, not just Democrats but Republicans and independents alike. The problems we’re facing today, economically, and just as friends and neighbors, don’t have an R or D in front of them. There are very difficult decisions have to be made.”

Ryan said absolutely when asked if he intends to run for the 36th District seat.

“Gov. Christie is obviously facing unprecedented challanges,” he said. “I believe in certain areas there has to be consensus. I pledge to vote based on fact and heart.

“I’d like to offer my profound thanks to everyone who believed in me, and in a special way, Chairman Currie of Passaic, Chairman Thigpen, County Executive Joe DiVincenzo, state Sen. Paul Sarlo and Assemblyman Gary Schaer, and Sheriff Fontoura, along with all the county committee people and municipal chairmen who braved the cold four days before the holidays to support me.” 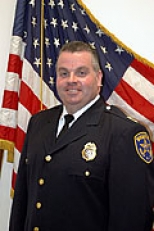