TRENTON – Only three state senators are here, but the Senate Education Committee hearing on teacher tenure is underway.

Department of Education officials are testifying now, and state Sen. M. Teresa Ruiz (D-Newark), committee chairwoman, said this is going to be a “conversation about change.”

“We have brought together experts from all levels who will share with us tenure through their eyes,” she said in her opening remarks.

State officials told the committee that only one teacher per year in New Jersey is dismissed for inefficiency or ineffectiveness.

“We know that there are teachers out there who are ineffective,” said Christopher Emigholz, director of legislative affairs at DOE. “We know it’s more than one a year in the entire state.”

Out of 230,000 educators, only 35 cases for tenure charges or dismissal charges were heard this year

It the first step, Emigholz said, maybe the most important step.

Colorado state Sen. Mike Johnston, from the Denver area, flew in today to discuss Colorado’s ongoing attempts to answer the same questions the committee is struggling with now.

But the Colorado legislature has not yet finalized their new law, specifically they don’t have a teacher efficiency measuring system in place yet.

He agrees on the most important aspect: “How do you define effectiveness?” A 15-member council is convening in Colorado to define growth for educators.

Johnston said when layoffs do occur under their new configuration, teachers are let go based, first, on effectiveness, then on seniority.

Johnson said his legislature is also still grappling with that problem, weighing the benefits of statewide monitoring verse local evaluations.

At the opening, Ruiz also gave thanks to educators in the crowd who have influenced her, including Newark North Ward charter school and political bigwig Steve Adubado Sr. 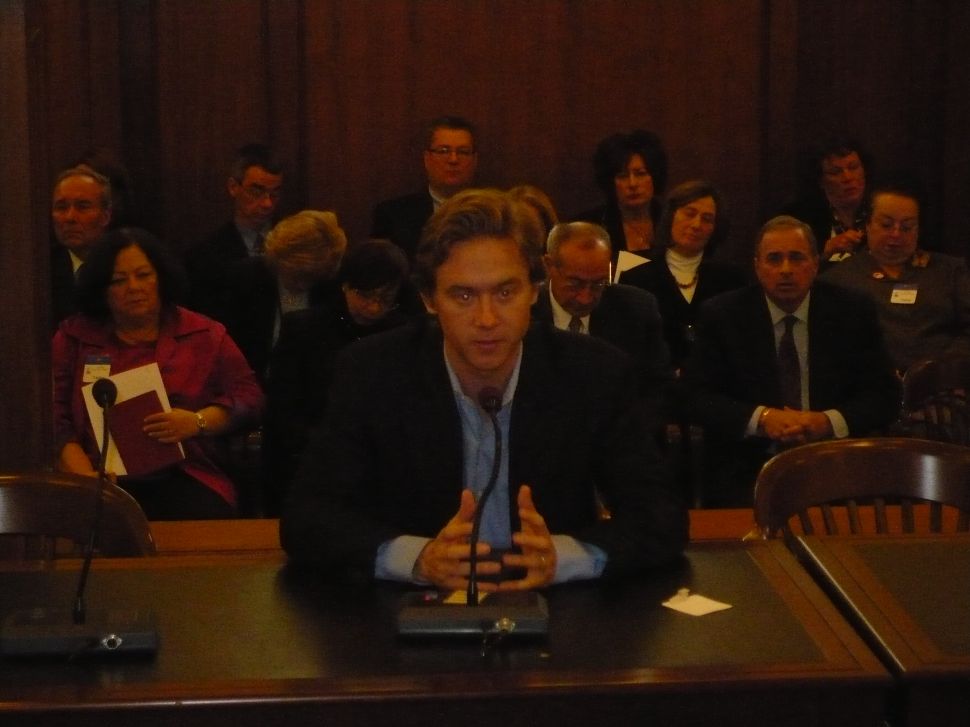