TRENTON – The senate Budget and Appropriations Committee approved the release of some economic stimulus bills, part of a 30-bill packet fast-tracked by the Democratic majority as a foil to Gov. Chris Christie’s municipal toolkit.

“The business community is calling out for a lot of these,” said new state Sen. Linda Greenstein (D-Plainsboro). “We’re giving them some of the tools that they need to make this state more palatable for business. It really is like a toolkit for business.”

Among the bills cleared by the committee today was S1646, which simplifies the business tax formula to use only a sales factor, rather than the three-factor system used currently.

This bill modifies the formula to a single sales factor formula, simplifying the taxation process and creating a more stable atmosphere for business.

The second year, it will be calculated on a 90-5-5 percent basis.  In the final year and forward, the sales fraction will be the sole determining factor.

State Sen. Steve Oroho (R-Franklin) sponsored the bill, as did state Sen. Pres. Steve Sweeney (D-West Deptford), and Sweeney came to the committee meeting to vote for the bill and the other Democratic initiatives with bipartisan support.

Or S2398, which directs the Economic Development Authority and Commission on Higher Education to promote higher ed public-private partnerships.

The only contentious bill was S2132, which allows certain sales tax exemption in Urban Enterprise Zones.

The main objection from the Republican crowd was that any town with a train station should get the same benefit, not just urban centers.

Committee chair Paul Sarlo (D-Wood-Ridge) said he will hold a hearing on extending the tax credit outside of the Urban Enterprise Zones.

He said 11 months into Christie’s term and unemployment is still hovering at 10 percent.

“We’re hoping this begins to stimulate the economy,” he said. “This is a good step forward.”

The only objection came form state Sen. Mike Doherty (R-Washington Twp.), who even demonstrated a need for banks in his home area, but still would prefer to leave the banking demand to the free market.

This set up a funny remark when the committee voted on the New Jersey Angel Investor Tax Credit Act, which gives tax incentives to wealthy individuals and corporations who invest in tech startups.

These people would otherwise (in the free market) have no interest in investment right now, Sarlo said, and as a result of this bill could end up dumping between $5,000 and $100,000 in a tech startup.

So when Doherty voted in the affirmative, Sarlo called out in jest: “Free market, no free lunch.” 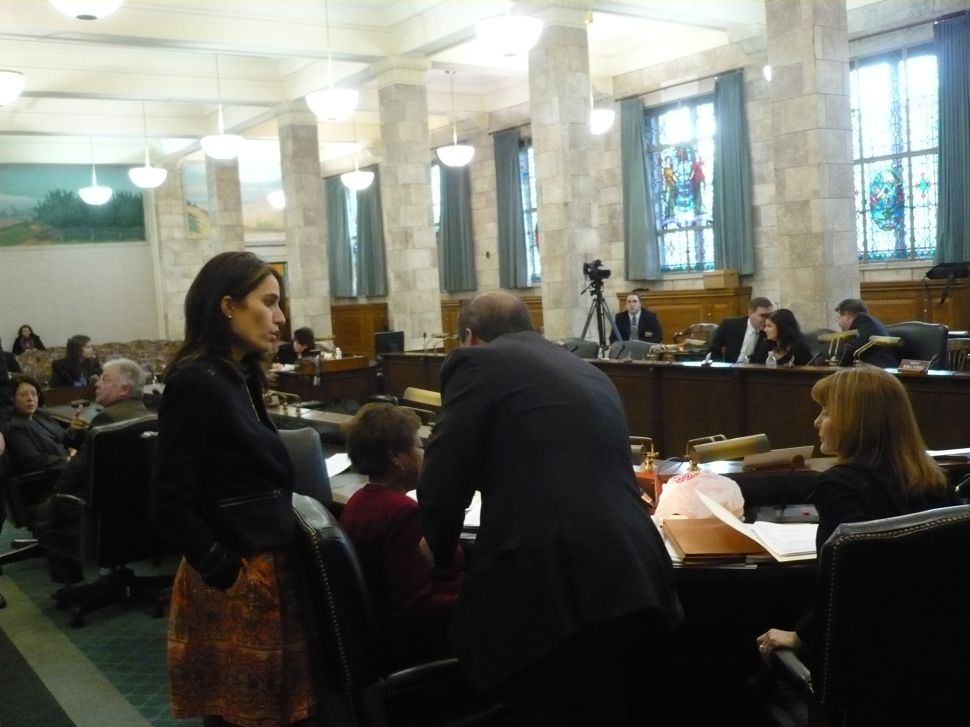