A single vacated 36th District Assembly seat threatens to devour Bergen County Democrats in a full-scale civil war, with state Sen. Paul Sarlo (D-Wood-Ridge) on one side and Bergen County Democratic Organization Chairman Mike Kasparian on the other, both hurtling toward a legislative election year and 2011 redistricting.

Sarlo’s people don’t like the characterization, more than anything because they feel it elevates 0-7 political neophyte Kasparian to Sarlo’s level, arguing that the only war analogy that might apply here is a cold war, with Kasparian the one shivering out in the cold.

Committed to seeing their man stay at his duty post until June 2012, Kasparian allies respond that Sarlo struts with far too much swagger considering the considerable imprint of former BCDO Chairman Joe Ferriero on Sarlo’s political career.

In any case, the two men clash.

But Sarlo’s swagger and alliance with powerhouse Essex County Executive Joe DiVincenzo appear this week to have temporarily halted Kasparian, as three sources now confirm that Freeholder Bernadette McPherson and Freeholder Liz Calabrese are through with feeling out the 36th District seat abandoned last week by former Assemblyman Fred Scalera.

Kasparian wanted a Bergen person for Scalera’s seat and preferably a woman, not Kevin Ryan, the Nutley-bred and based Essex County undersheriff offered by DiVincenzo and affirmed by Sarlo.

Barring the entrance by a game-changing candidate at the scheduled Dec. 21st convention, a bruised Kasparian may have just the nuclear option left in his war with the 36th District senator: deprive the line to Sarlo in time for next year’s Democratic Primary, which funeral director Lou Stelatto is circling with interest.

Sarlo sources say Kasparian – himself installed by a fading Ferriero – is so weak – and soon to be weaker when the DiVincenzo/Sarlo choice for the seat prevails – that nothing he does anymore bears even the faintest traces of consequence. A South Bergen party chairmen’s meeting tonight with Kasparian will determine whether the embattled leader can stand toe-to-toe with Sarlo here, as he looks at the tri-county 36th and considers 240 eligible county committee votes, 120 plus one required for a quorum. Broken down by county those votes consist of 150 from Bergen, 50 from Passaic and 40 from Nutley, the lone Essex County foothold in the 36th: raw math that favors South Bergen.

Sources say Sarlo brought McPherson and Calabrese to heel by promising them support for a clerkship and Assembly candidacy respectively on the other side of redistricting. If that deal holds, Ryan later this month will get convention support – at the very least – out of McPherson’s Rutherford and Calabrese’s Wallington – in addition to whatever else Sarlo can dig up in his own Wood-Ridge or elsewhere in South Bergen. Moreover, sources say Essex Democrats have thrown a telephone charm offensive into full gear in South Bergen.

Then there are Essex and Passaic counties, the first of which is firm for Ryan with a Nutley district leader meeting tonight expected to seal him as the Essex candidate.

“I wouldn’t know Kasparian if he walked in the door. Kevin’s a great candidate – 50 years old active in the Democratic Party; was on the staff of (former Senate President) Carmen Orechio. He’s got a wealth of experience. He’s well-known and well-liked. Born in Nutley. Lived in Nutley all his life. Historically, the senator and two assemblymen are split up among three counties, but now you have new people who have no institutional memory so we have to have an education program.”

As for Passaic, the Essex players attempted this week to pacify a jittery Assemblyman Gary Schaer (D-Passaic), the district’s other third, who never met Ryan or heard of him and now faced the prospect of having to run with him for no other apparent reason than because he works for DiVincenzo.

On Monday morning, five men pulled their chairs around a table at a Kosher coffee and bagel shop in Passaic City: three from Essex and two from Passaic.

On the Passaic side sat Schaer and his chief, Andrew Schwab. On the Essex side sat DiVincenzo, Phil Alagia, his chief of staff, and Ryan, the county undersheriff unknown outside of Essex and DiVincenzo’s personal choice for the seat in question.

In the hardest of hard-boiled political atmospheres, Schaer and Ryan attempted to connect through the holidays. They had met the night before, actually, when Schaer lit the menorah in Nutley. On Monday night, Schaer led Ryan around the City of Passaic for a Christmas celebration.

“We’re communicating, which is good,” DiVincenzo said later. “If you don’t have representation from Nutley, you don’t win. We’re tryng to get everyone on board because next year’s  going to be a tough election.”

Last night, while Schaer and Ryan tried to hit that comfort level with each other in their pre-campaign Christmas test drive, Sarlo, state Sen. Loretta Weinberg (D-Teaneck) and other party leaders gathered at party headquarters in Teaneck, where Sarlo allies built support for Ryan.

Sources say Kasparian was told that if he showed up, he would get tossed. If it’s a civil war in Bergen, say sources, Sarlo with DiVincenzo on his side looked like he was entrenched on Little Round Top, holding territory, only with a lot less trouble. 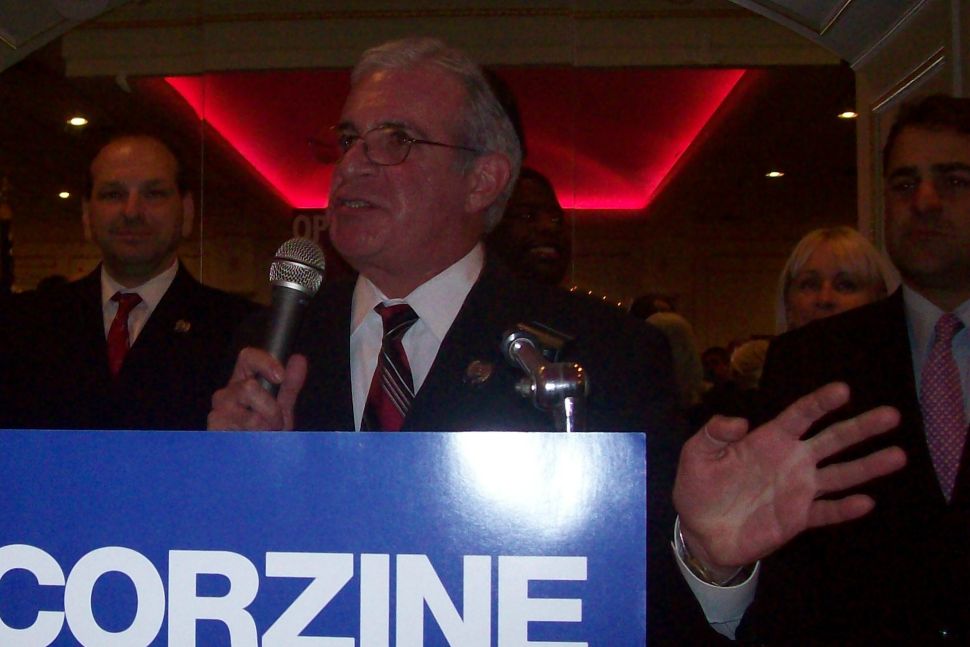