Louis Stellato, former mayor of Lyndhurst, said he’s at the edge of running for the vacant 36th District Assembly seat.

“That’s something I’m seriously considering at this time,” said Stellato, a funeral home director and municipal chairman of the Lyndhurst Democratic Party who served on the municipal commission from 1982 to 1997.

“I am inclined to go along with the municipal chairs,” he added.

Stellato, who was not in attendance, makes six. He said Bergen County Democratic Organization Chairman Mike Kasparian “is aware” of his interest.

Long rumored to be a primary challenger to Sarlo, Stellato said, “He’s a sitting senator. I don’t see running against him at this time. There are more glaring issues.”

Stellato didn’t attend a Sarlo fundraiser last night, but that wasn’t a diss, he insists.

“I was in a chair at the time with a drill in my mouth,” he said, referring to a dentist’s appointment. “I would have preferred to be at the fundraiser.”

The former mayor said he couldn’t speak for the senator, but given the fact that South Bergen constitutes 60% of the 36th District, “I have to believe he’s astute enough to see that when all but (three) of the municipal chairs are for a South Bergen candidate, this makes sense.” 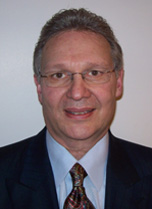