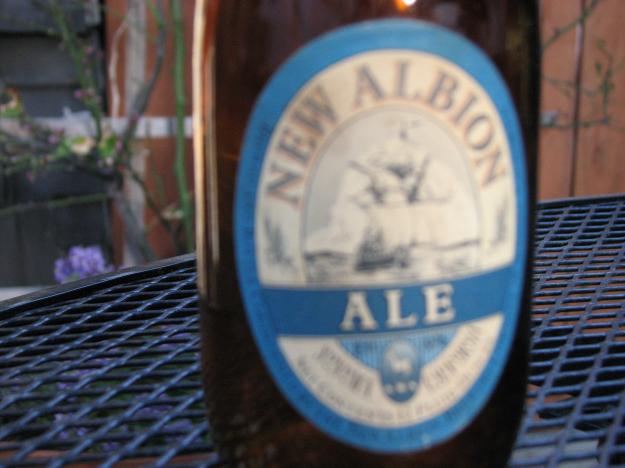 The son of an FBI agent, Mr. McAuliffe apprenticed himself to a welder when he was a teenager growing up in Fairfax County, Va. He learned quickly that he had a way with building things, and he received further technical training after he joined the Navy in 1964. He repaired submarines in Holy Loch, Scotland, and it was there that Mr. McAuliffe tasted the hearty Scottish and English ales you couldn’t get back in the States.

To remedy that, he started homebrewing. That hobby eventually spun into New Albion Brewing Company, the first ground-up craft brewery in the United States. It was founded in 1976 in a warehouse in Sonoma, Calif., that Mr. McAuliffe turned into a brewery with whatever equipment he could build (back then, there was no smaller-scale brewing equipment—he converted a lot of winemaking equipment instead). He even tricked out an apartment above the brewery.

New Albion became a mecca for craft beer freaks amazed that someone could actually conjure the stuff themselves. You didn’t have to find it via Europe. You could do it yourself.

Before it went out of business in 1982 due to lack of funds, Mr. McAuliffe’s New Albion would influence thousands of homebrewers to turn pro, including some who knocked on the brewery door on 8th Street East in Sonoma. 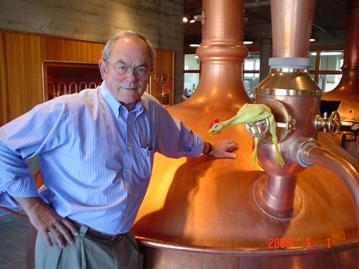 If Mr. McAuliffe’s New Albion was the first ground-up craft brewery in the United States, Fritz Maytag’s Anchor Steam was the first, period.

Mr. Maytag was a disillusioned 20-something grad student (and appliance heir) when, one August day in 1965, he stopped in at the Old Spaghetti Factory in San Francisco to have a glass of his favorite beer—Anchor Steam. The restaurant’s owner, Fred Kuh, told him he better hurry up if he ever wanted to tour the brewery—it was closing in a couple of days, another victim of the Big Brewers like Anheuser Busch and Miller, which had gobbled up most of the competition post-Prohibition.

The next day, Mr. Maytag walked from his apartment to Anchor Steam, and bought a 51 percent share. Within a few years, he owned all of it; and was establishing style and technical guidelines still favored by craft brewers today, such as using traditional ingredients in beer (Anchor Steam’s previous owners had resorted to corn in their recipes to save money—Mr. Maytag kyboshed that). For over a decade, Anchor Steam was just about the only domestically produced commercial craft beer in the U.S.

In the spring of 2010, Mr. Maytag sold Anchor Steam to a pair of Bay Area distillers. They have solemnly promised to keep it real. 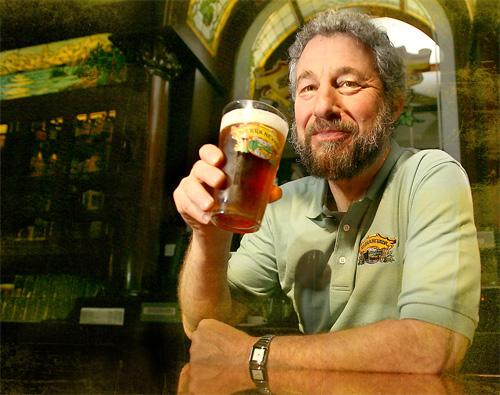 Mr. Grossman was one of those curious souls who knocked on Jack McAuliffe’s brewery door. And like Mr. McAuliffe, Mr. Grossman had a knack for building things and for understanding how things got built. Plus: he studied chemistry and physics in college, and—and!—in 1976 had opened a homebrewing supply store in Chico, which led him to Mr. McAuliffe’s New Albion, founded down the road, so to speak, in Sonoma the same year.

Leaping from tentative five-gallon homebrewed batches to commercial brewing (via used dairy equipment and the detritus of small breweries that had gone out of business, as if a warning to the entrepreneurs), Mr. Grossman and partner Paul Camusi opened Sierra Nevada Brewing Company in Chico in 1979, one of the first ground-up craft breweries in the U.S. It grew quickly, and became one the few craft breweries to not only survive the great washout of the 1990s, when a lot of breweries that had grown too fast fell apart quickly, but to thrive as well, becoming a ubiquitous commercial presence, much like the Boston Beer Company’s Sam Adams brand.

More importantly, today Sierra Nevada remains the standard-bearer of the internationally revered hoppier style of the West Coast. Just about every deliciously bitter-tasting domestically produced pale ale can trace its genesis, wittingly or not, back to Mr. Grossman’s first batches. 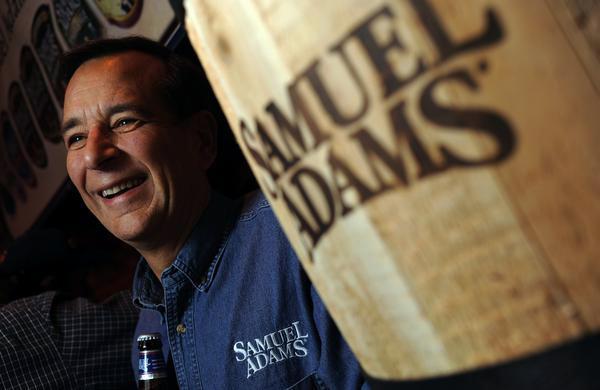 Mr. Koch brought craft beer eastward, door to door. Five generations of Koch men before him had been involved in brewing, first in Germany, then in the States; but young Jim opted instead for studying government at Harvard. In 1971, he entered a demanding graduate program at the university that offered dual degrees in business and law (it was then that Mr. Koch ran against a guy named Willard “Mitt” Romney for class president and lost). But Harvard wasn’t really Mr. Koch’s scene.

He took time off to coach Outward Bound in the West, where he learned management principles that would serve him well… in something. He didn't know what yet. One of those principles sprang from giving his students less nylon string for tent-pitching, etc., than they really needed; he discovered that the students would make do with the amount of string they had: Mr. Koch’s own personal string theory!

He returned to Harvard, and less than 10 years later, found that something he was training for in the family calling. Using an old lager recipe uncovered in his parents’ attic, the Boston Beer Company (a.k.a. Sam Adams) was born. Mr. Koch schlepped his product door to door, starting in 1984, to Boston area bars and restaurants, meeting incredulity with a honed sales pitch, and using his string theory to do as much as he could with what little he had.

Today, Sam Adams has the largest market share of any independent craft brewer (though, compared to the Big Breweries, it’s still a speck on our palatal windshield). 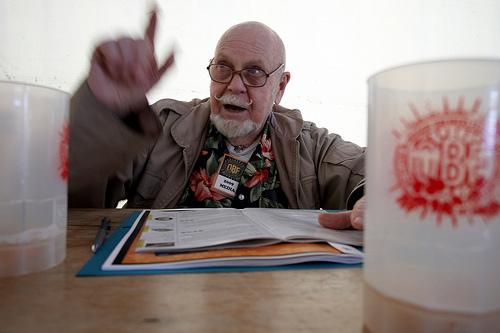 Mr. Eckhardt is the only non-commercial brewer worthy of this short list. An inveterate raconteur, he first tasted good beer while a radio operator in the Marines. He was stationed in Japan of all places, during the Korean War, and the beer? Tuborg from Denmark. When he got back to the States, Mr. Eckhardt, who would settle in Portland, Ore. (that’s important), and from there visit Fritz Maytag’s Anchor Steam. There he discovered the second flavorful beer of his life and came to the realization such a thing could be (re)created in the United States, even as there remained a woeful dearth of both ingredients and know-how.

Nevertheless, Mr. Eckhardt began teaching homebrewing courses in Portland at a junior college and through a local winemaking-supply store; and, at the encouragement of the store’s owner, in 1969 wrote the seminal A Treatise on Lager Beers: A Handbook for Americans and Canadians on Lager Beer. It became for the times the step-by-step guide to homebrewing the world’s most popular beer style (this was, mind you, 10 years before homebrewing was legalized by the federal government).

Mr. Eckhardt eventually pecked out what was the first regular beer column in an American newspaper, for The Oregonian in Portland, which he fast helped make one of the beer capitals of the world: It now has over three dozen craft breweries, much more than cities many times its size, such as New York and Chicago. One way he did that: Suggest new styles to local brewers, and then write about the styles being brewed locally. Sunrise, sunrise—craft beer grows. 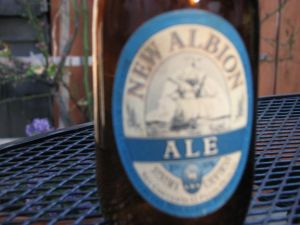 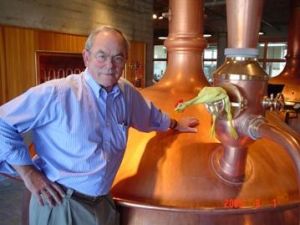 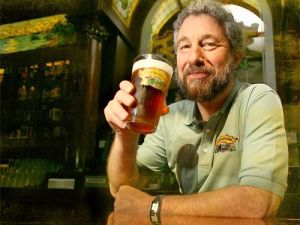 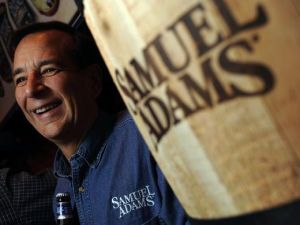 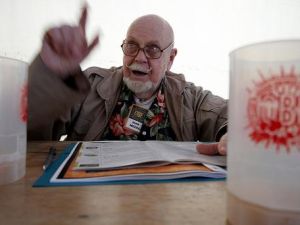