The former governors discussed their friendship and bipartisan collaboration during the 1980s when their terms in office coincided, and considered their sons’s paths into politics.

“I hope Andrew will have that kind of relationship with the current of New Jersey,” said Cuomo, reflecting on his closeness to Kean and referring to his son, New York Gov.-elect Andrew Cuomo and New Jersey Gov. Chris Christie.

Below is printed a partial list of people in New Jersey politics who carry on a family tradition, as is the case with the Keans and Cuomos…

As a veteran Republican who has built a lifetime of connections, the 11th District Congressman and son of former U.S. Rep. Peter Frelinghuysen is arguably at his most powerful now as the Republicans assume a majority with the coming of the new year.

The son of former state Senator Leonard Conners is on pace to run for re-election next year in the 9th Legislative District.

The animated West Ward Newark Councilman is regularly discussed in Democratic Party circles as a successor to U.S. Rep. Donald Payne (D-Newark) in the 11th District.

Since 2006, the former U.S. Senate candidate moved up to take the leadership reins of the Senate Republican Caucus. He was in attendance at yesterday’s Eagleton event.

The Newark South Ward councilman, son of celebrated poet/activist Amiri Baraka, stared down the local organization in May and claimed his council seat.

The Newark City Council President outdueled Councilwoman Mildred Crump for the city council throne after the May elections. He is the son of U.S. Rep. Donald Payne (D-Newark).

A son of South Ward political operative Carl Sharif, this one time inner circle player of Newark Mayor Cory Booker defeated Booker’s ally in the May Central Ward race to trigger the demise of the mayor’s municipal utilities authority.

The freeholder from Atlantic County is daughter of the late former Assemblywoman Dolores Cooper. She is a potential future candidate for the Assembly in the 2nd District.

Gonged by Gov. Chris Christie during the budget session, the movement conservative daugher of Senator Robert Littell faces re-election next year as an Assemblywoman from Franklin.

The Morris County Republican easily defeated his brother in-law last year to lay claim to one half of the assembly representation in a district dominated by his father, state Sen. Anthony Bucco (R-Boonton).

A rising star in the Democratic Party, the mayor of Marlboro grew up studying his father, the late Mayor Saul Hornik.

The former assemblyman from Newark’s North Ward took to broadcasting after his political career, but the bloodlines remain wired in to central headquarters and political pooh-bah Steve Adubato, Sr.

Son of the late Cherry Hill Mayor Maria Barnaby Greenwald, the Assembly Budget Chairman may be a future candidate for governor.

The daughter of former Gov. Christie Todd Whitman failed in her bids for freeholder, congress and local office, but impressed fellow Republicans with her efforts on behalf of 2008 party nominee U.S. Rep. Leonard Lance (R-Lebanon).

A resident of Vail, Colorado, the son of U.S. Sen. Frank Lautenberg (D-Cliffside Park) is currently pursuing a vacant seat in the Colorado state legislature.

A school teacher and staffer for former Assemblyman Fred Scalera, Joe D. – son of the powerful Essex County executive with the same name – was a prospective replacement for Scalera and over the course of the past year has increased his profile on the Essex political circuit.

The chief engineer of Gov. Chris Christie’s successful run for governor and national Republican operative is the son of former GOP Passaic County Freeholder Richard DuHaime, a former candidate for the U.S. Senate.

The ferociously loyal son of the 8th Congressional District representative works as a lobbyist for Princeton Public Affairs.

The daughter of Assemblywoman Mary Pat Angelini (R-Ocean) serves on the local governing body in Matawan.

Son of grizzled political reporter and pollster Maurice Carroll, the Morris County-based Republican is generally regarded as the most conservative member of the Assembly.

The grandson of the late U.S. Sen. Clifford Case serves as a Republican freeholder from Hunterdon Conty and may pursue another shot at the state Assembly sometime in the future. 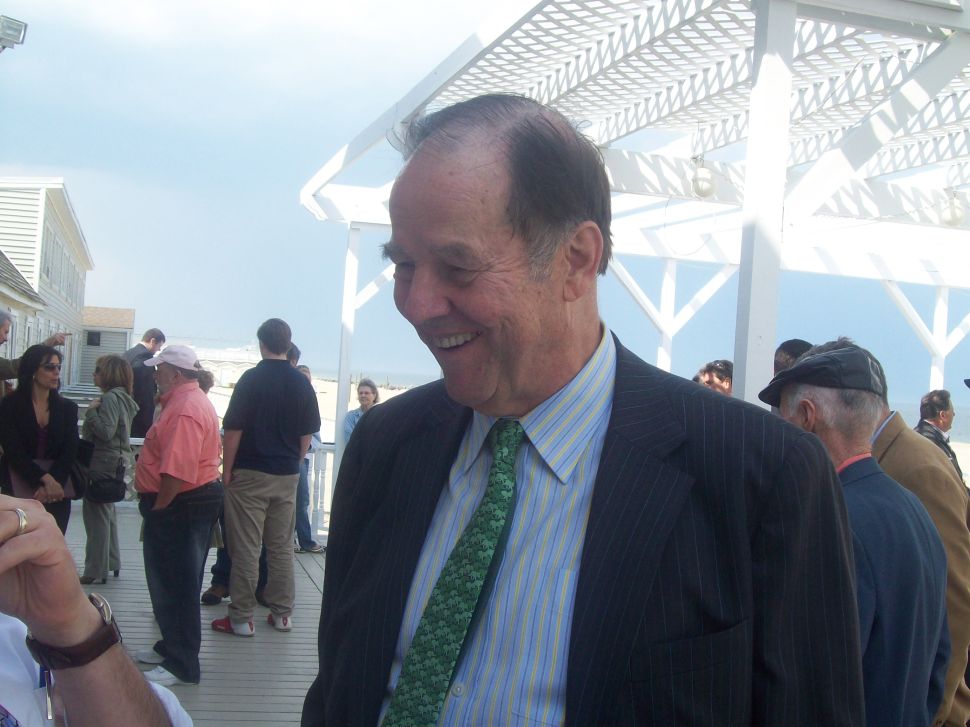