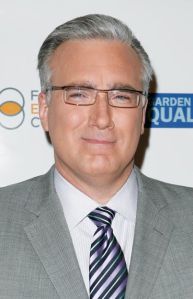 THE TWEET: I’ll thus unblock all blocks, wish you all a Merry Christmas and I’ll suspend this account until/if this frenzy is stopped.

WHAT WE LEARNED: All the uproar over his comments on Wikileaks founder Julian Assange broke Keith Olbermann late last week, so much so that he vowed to stay off Twitter. Of course that didn’t happen! Nice try, though, Keith.