The remaking of New Jersey’s 40 legislative districts – potentially a messy, contentious process, got off to a somewhat orderly start Tuesday.

The growth of minorities as well as legal rulings that will affect the large cities of Newark and Jersey City were touched on during a short opening session this morning at the statehouse.

Among the developments coming out of the meeting was the date of the first public hearing, which will be held on Saturday, Jan. 29, with the time and location to be determined. There may be a second public hearing that same day in another location, according to commission members.

With the filing date for candidates in early April, the 10-member commission has much work to do in a relatively short period. The redrawn map will help determine the outcome of elections.  If the commission, split evenly between Democrats and Republicans, cannot reach a consensus on a new legislative map, an 11th member would be appointed by the courts.

Late last month, PolitickerNJ reported that both sides had been asked to provide a list of acceptable names to Supreme Court Chief Justice Stuart Rabner.  According to sources, Rutgers Professor Alan Rosenthal was acceptable to both sides and will likely be chosen as the 11th and deciding member of the committee.

Both sides say race will play a major role in the process because of the growth of Hispanics in the state.

State GOP Committeewoman Irene Kim-Asbury of Jersey City addressed the importance of the growth of minorities in the state while the commission fashions a map that adheres to the one-person, one-vote philosophy.

In general, she said, minorities have grown about 5.5 percent a year as a percentage of the general population in the state, with Asian-Americans and Latinos showing an increase and African-Americans showing a decrease.

“We have to figure out where they are living,’’ she said of minority populations. In general, the state’s population shift has been out of the Northeast and into the South and West, she said.

While Newark and Jersey City had been separated into three districts, a subsequent appellate court ruling in the last decade means that those cities can only be split into two districts.

Co-chairman Assemblyman John S. Wisniewski (D-19th) of Sayreville said he hoped that each public hearing is attended by as many commission members as possible.

Webber said he hoped to hold at least six such public hearings.

While the sides reportedly agree on the 11th member they apparently disagree on the timing.  Democrats would like to see the member named as soon, as they see the possibility the two sides will agree on a map as remote, while Republicans say they would like to give the process a chance.

After Census figures are released, the commission with have 30 days to devise a new map. 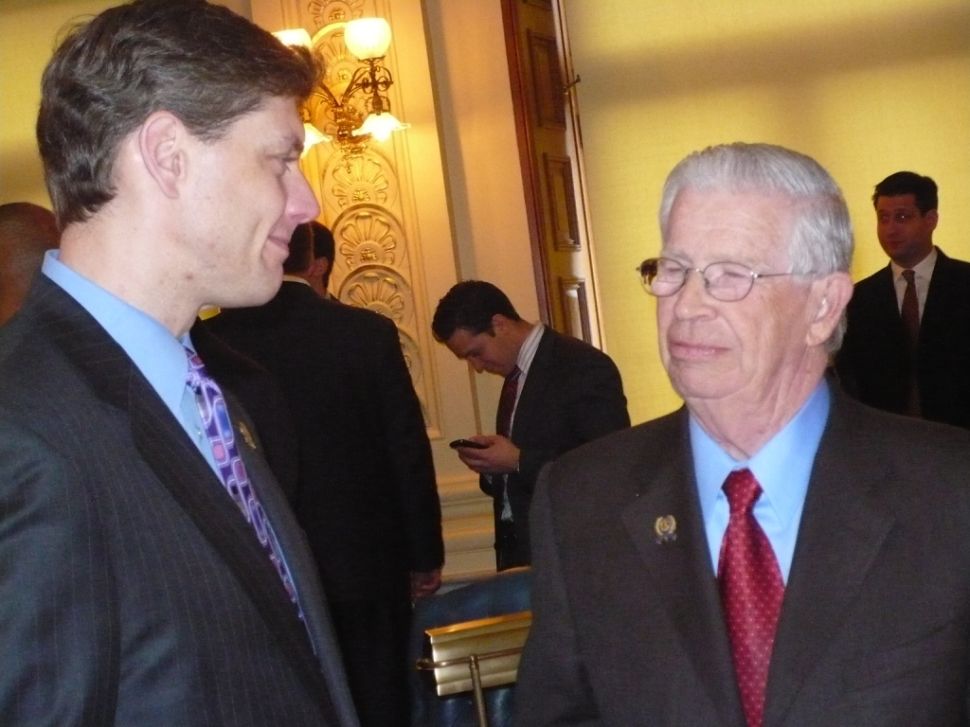