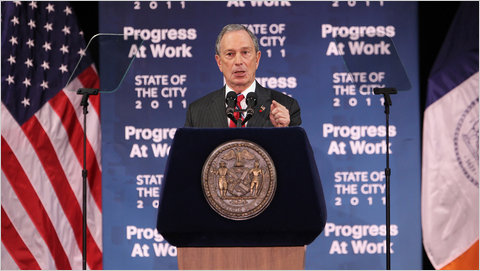 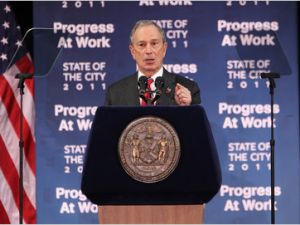 Michael Bloomberg bolstered his reputation for focusing on productivity during a State of the City speech whose unifying thread was his vision of running New York City as efficiently as possible. The city has endured the recession better than the rest of the country, and Bloomberg focused on policies he said would continue to stimulate growth without raising taxes. Some of the most significant reforms — particularly rewriting mandates for public pensions, changing requirements about teacher tenure and reshaping a juvenile justice system that relies on a network of upstate facilities — cannot happen without Albany taking action. The proposals New York City can control largely involve generating jobs and encouraging new businesses.