Gov. Christie introduced a screening Wednesday morning of an award-winning documentary at the N.J. State Museum in Trenton.

He took the opportunity to reiterate his position on the need for educational reform in New Jersey, particularly in the areas of tenure.

Christie said that before arriving at the screening, he had exchanged in a dialogue via Twitter with representatives of the teachers union who questioned his ability to judge who is and is not a good teacher.

He told the audience of approximately 200 people in the auditorium that you know whether the teacher in front of the classroom is good or not.

“They said why do you want to change a system that is working for the kids in Chatham and Mendham,’’ Christie said the teachers union  communicated via Twitter. “Well, I care as much about the kids in Newark and Trenton and Camden and Paterson.  Their dreams are no more important, no more precious than kids in other cities.’’

His remarks were delivered prior to the screening of the film, “Waiting for Superman,’’ a documentary by Academy Award-winning filmmaker David Guggenheim that examines the problems of the American system of education through the experiences of five children from different regions and socio-economic conditions around the country.

The film’s accolades include being named Best Documentary of 2010 by the National Board of Review.

Christie told the audience that after they watched the documentary they would have no doubt about what the problems are confronting the educational system in America.

“There is a moment here for us to seize on,’’ he said. He reiterated his earlier statements that merely throwing money at the problem will no longer work, and he added that he praises good teachers.

“The good teachers we should carry them on our shoulders to school each day. The failed  teachers must be shown the door.’’ 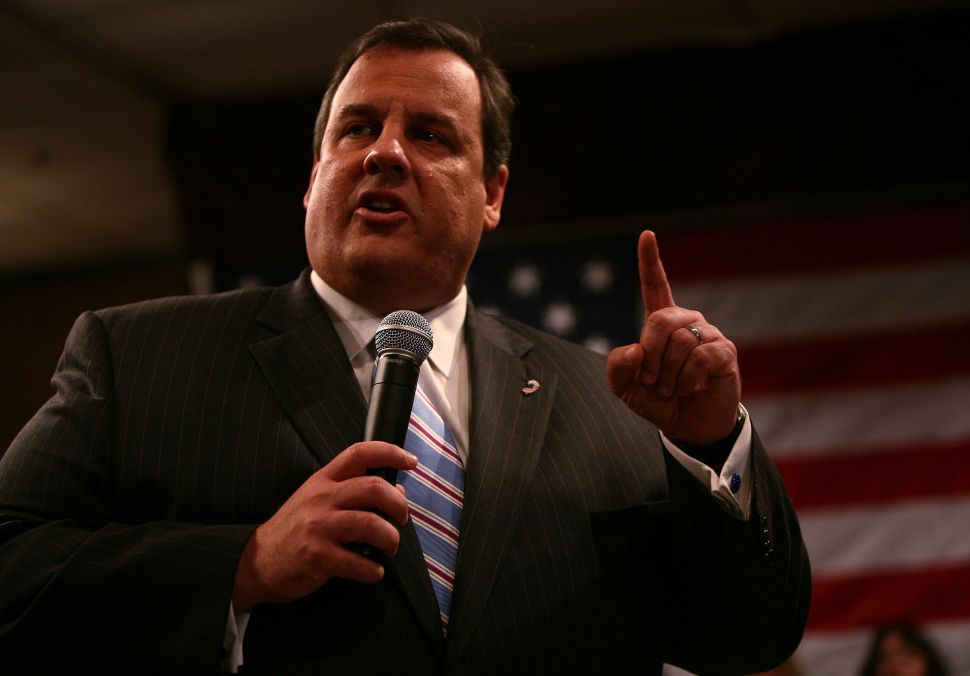