New Jersey will be in Portugal at week’s end for the presidential contest.

Ironbound Assemblyman Albert Coutinho (D-Newark) will finish his committee duties in Trenton tomorrow and then head for the airport, where he plans to take a flight bound for Lisbon, Portugal.

The 29th District assemblyman then intends to spend three days campaigning with his friend, Dr. Fernando Nobre, founder of International Medical Assistance and an independent candidate for president of Portugal.

“After my parents, the person I admire most is Dr. Nobre,” Coutinho told PolitickerNJ.com.

Coutinho plans to speak at Nobre’s Friday night rally as they head toward Sunday, Election Day. The two men became friends when Nobre came to New York to raise funds for his humanitarian efforts in Rwanda.

“I believe particularly now in our own country when we see such partisanship, Dr. Nobre as an independent backed by neither major party provides a great example,” Coutinho said.

In a field of nine candidates, Nobre right now is running in third place, according to the polls, the assemblyman added. 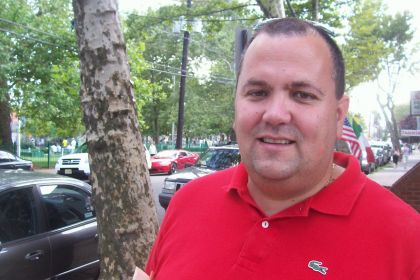