Gov. Chris Christie plans to sign legislation tomorrow in Atlantic City that would create a new tourism district, but don’t expect to see Mayor Lorenzo Langford (pictured) bear-hugging the governor at that event, or on the dais chumming around with other elected officials, or even standing stiffly in their presence as they claim credit.

Stung by the governor’s refusal to meet with him on the issue, Langford remains dug in opposition.

“I do not intend to be there,” Langford told PolitickerNJ.com. “I had requested that he meet with myself and leaders and obviously he’s not doing that. What has happened here is the governor has abdicated his responsibility as a leader and elected to allow the CRDA (Casino Redevelopment Authority) to tweak the bill if it is to be tweaked. This when there are three distinct points of the bill that this community is not in favor of. He has the responsibility to fix it – and he won’t.”

Chief among Langford’s objections to the legislation is that he says it places the beef-up of cops on the backs of local taxpayers, even though those newly sworn-in officers would walk the beat on the tourism-friendly boardwalk and not in the crime-infested neighborhoods.

“I don’t think the governor is aware of that, but be that as it may, if he signs it tomorrow he’s sanctioning it, and quite frankly, it will further divide the city into a tale of two cities, creating a tourism district at the expense of the indigenous population reminiscent of South Africa’s Apartheid.”

If Christie is the bewildered helpmate, state Sen. Jim Whelan (D-Atlantic City) stands as the mainly guilty party, according to Langford.

“He’s a Republicrat,” the mayor said of Whelan, due up for re-election in November.

“I send Jim Whelan my coldest regards,” the mayor added of the senator, who supported the gaming district in the main. “I’m not going to run against him, but he can’t count on any support from me. He’s going to have to explain to them how he sold out the City of Atlantic City…again.”

Of course, Whelan strongly disagrees with the mayor and the mayor’s characterizations of the legislation.

“I supported the bills and I’m pleased the governor’s going to sign them tomorrow,” the senator told PolitickerNJ.com. “Atlantic City is in a downward spiral and we have to make some changes, including a complete overhaul of the regulatory process. I think you will see on the heels of this legislation in the next month or two months – significant capital flowing back into Atlantic City.”

Whelan said there are provisions in the bill specifically designed to address any diminution of city services.

As for Christie’s reluctance to meet with him, Langford said he is puzzled by the governor’s refusal to talk to him, despite repeated attempts by the mayor to engage.

“In July, Chris Christie stood on the boardwalk, he came to Atlantic City with no advance – didn’t even afford me the courtesy to know he was coming down here with big news for our city regarding the creation of the gaming district,” Langford said. “I shrugged it off, gave him the benefit of the doubt. The staffer fell on his sword, I get it. I’m a big enough guy to get that, and won’t let that pull me down.

“But since July he still hasn’t reached out to me or any member of the governing body, and I think that speaks volumes,” Langford added. “The State of New Jersey is probably the most corrupt state in the nation. It’s a catastrophe, right? If the federal government decided to look at the state and made sweeping reforms without the governor and the legislature, and President Barack Obama came to Trenton and never advised the governor or informed the governor or the legislature,  that would be no different than this situation with me now. We have a bill getting shoved down our throats that is threatening on our sovereign right to govern ourselves.” 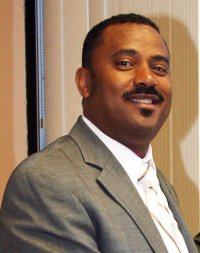