The Partners of 1868 Public Affairs announced today that George Gilmore has joined the firm.

The Ocean County Republican Committee chairman since 1996 and former member of Governor Chris Christie’s Transition Team, will join the firm as Legal Counsel, assisting clients in all areas of practice, according to a release this morning issued by 1868 Public Affairs.

The move positions Gilmore as a business ally of former Assemblyman Leroy Jones’s of 1868 Public Affais, a Democrat who served in the 1990s and friend of Essex County Executive Joe DiVincenzo.

He was New Jersey Chairman of the Giuliani for President campaign in 2008 and is currently New Jersey State Chair of GOPAC, on which he also serves as a member of the National Board of Directors. 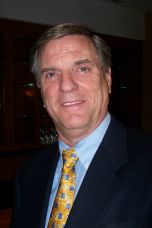