State Sen. President Steve Sweeney (D-West Deptford) resigned his county freeholder seat on Dec. 31, and the committee is voting on his replacement.

“Those are shoes that, honestly, I cannot fill,” said Heather Simmons, a Glassboro public relations specialist who sources say will complete Sweeney’s term.

Simmons bagged the executive committee recommendation last week, but she isn’t counting chickens. She’ll wait to see what plays out tonight. “I’m very honored by this opportunity.” she said.

Sweeney’s seat is up for election this November, the same time as state legislative races, so Sweeney also would have been facing an overlapping campaign season.

He did not immediately return a request for comment.

“The level of service that he’s provided to Gloucester County, the determination,” said Simmons. “I would strive to accomplish half of what he did and be proud of it.”

Simmons was a freeholder candidate in November and lost by 115 of more than 80,000 votes. Two Republicans, Larry Wallace and Vince Nestore, cracked the all-Dem board.

Simmons even weathered a recount, but she doesn’t begrudge the process in the least.

“I respect everyone’s vote,” she said. “I will serve the county in the way that the county needs me most.”

She said the tale of the campaign trail was jobs, jobs, jobs – exactly Sweeney’s focus at the Statehouse.

“We just lost Sony in Pittman yesterday,” she said of Gloucester’s compact disc manufacturing plant that employs 300 workers. “They’re closing in March…it’s a changing industry. These are serious times.”

Simmons is owner of Heather Simmons Communications, a firm that specializes in education and non-profit public relations campaign work.

Her husband, Jeff Silvestri, works as a coordinator at Gloucester County College where Madden is a director. 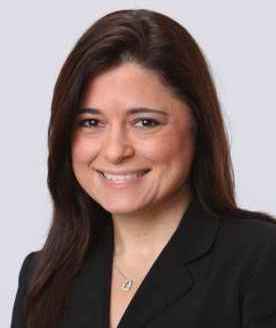